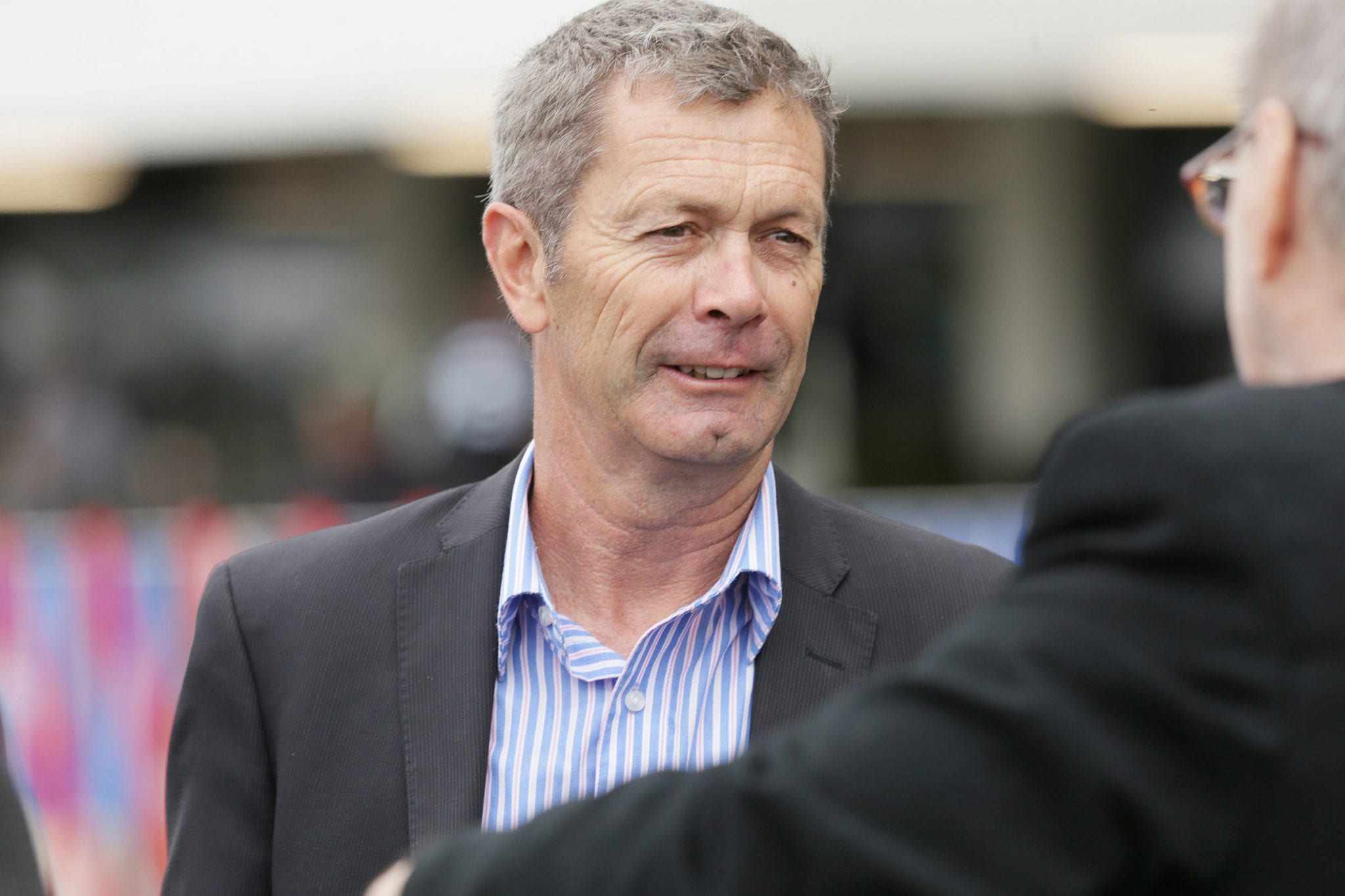 While enjoying a return to stable life, trainer Stephen McKee is taking a patient approach as he enters a rebuilding stage with a mainly young team around him. The retirement of class gallopers such as Consensus and Hasahalo combined with uncertainty in the local thoroughbred Industry will see McKee reduce his overall stable numbers to around the thirty mark during the coming season.

The majority of those horses are rising two and three-year-olds with McKee excited about their prospects as they get ready to commence their racing careers. “It’s good to be back in the swing of things although I’m not rushing into it just yet,” McKee said. “We haven’t traditionally had many going around in the winter, if any, so we won’t be amongst those lining up to start when racing kicks off again. “We have tended to have a few at Ruakaka later on as we prepare for spring racing but as it looks like their normal schedule has changed it will also slow us down a bit.

“I mainly have a young team around me, so we will be concentrating on getting them educated and ticking over for when the tracks start to dry out after the winter months. “I bought half a dozen yearlings at the sales this year so they will be coming in for their first prep while I also have several rising three-year-olds that I’m keen to see back in action.”

Amongst the latter group McKee nominates Sacred Falls gelding Gee Cee as a horse to keep an eye on once he returns to the racetrack. The younger half-brother to thirteen race winner Pippi Rea and the well performed Maktoum impressed McKee with his debut performance at Ellerslie. “Gee Cee had one start for me at Ellerslie on Boxing Day and flashed home for fifth,” he said. “He had a slight injury so we gave him a break. He was ready to race again in April but has missed out so we put him back in the paddock. “I think he has good ability so I’m looking forward to having him back in work. “I’ve got a couple of other nice ones who haven’t had a start yet but they will be ready to race in the spring as well.”

McKee is philosophical about the impact of the Covid-19 pandemic on his racing team, seeing it as both a hindrance as well as a benefit in certain areas. “From a racing sense the biggest opportunity we have missed is having the opportunity to race on good tracks right through until now,” he said. “The weather has been great and tracks would have stayed drier for a lot longer than normal which would have been good for the younger ones who were looking for those educational runs. “On the other hand, it has meant those who have been out spelling have done it while it is still warm and sunny. “I’m sure most trainers will see their horses come back in really good nick.”

One of the other benefits that McKee is thankful for has been the opportunity to take a decent break from stable life which has him refreshed and ready to go again. “I would say this is the first time in around thirty years that I’ve had such a good break away from the horses,” he said. “We have still had some normal stable chores and the like but it has been more like a working holiday and I have really enjoyed it. “This is the first time the barn has been empty and I’ve certainly enjoyed the relaxation.”