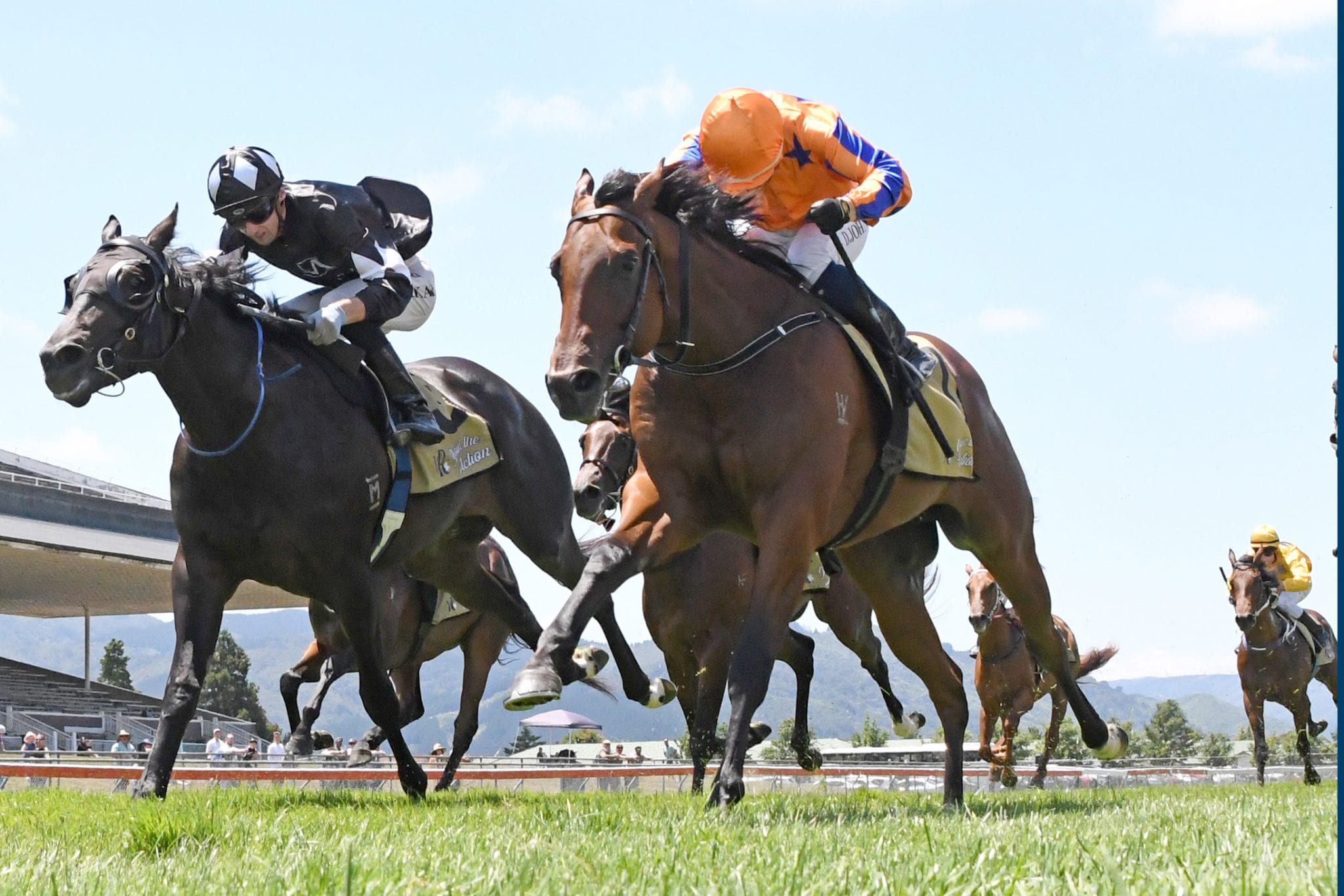 Peter McKay reached the pinnacle of New Zealand racing with Puccini and now the Matamata trainer is vying to reach the same heights with his son, Wolfgang. The promising juvenile became his sire’s first stakes performer when he finished runner-up to Quattro Quinta by a half head in the Listed Wellesley Stakes (1000m) at Trentham last month.

McKay was pleased with his run and said his charge is improving with every start. “It was a really good run and he had improved a lot off his previous start, which we were hoping for,” McKay said. “He has always shown he has got the ability, he’s just not known how to turn it on.

“When he came home I was going to give him a week off, but he started bouncing around and carrying on after about three days. He got through the run so easily. That’s a feather in his cap to be like that.”

Wolfgang will once again meet Quattro Quinta in the Group 3 Woburn Farm 2YO Stakes (1200m) at New Plymouth on Saturday and McKay is hoping the step back up to 1200m will suit his charge this weekend.

“At Taranaki, if the speed gets on around that corner, I am not sure whether that will suit him or not. Hopefully the 1200m suits him,” he said.

Having trained his sire, McKay said there are not a lot of similarities between the two. “He has just done everything we have asked and he has a bit of presence about him,” McKay said.

“The only similarity between him and Puccini is that everything he does he keeps improving on. That’s what you want to see. “Whatever he is doing at the moment is a bonus and he will improve on once he gets to a three-year-old.

“I have got a couple of Puccinis at the moment and they are really nice horses. I wouldn’t mind getting a few more.”

Wolfgang is raced by Peter and his wife Kim in partnership with Mapperley Stud’s Simms Davison, who stands Puccini at his Matamata farm.

McKay will also take Sagunto down to New Plymouth to contest the Punting Comp Closes 4pm 1800, but admitted he is there more as a travelling companion for his younger stablemate.

“It is not a strong field but if he puts himself there he should be competitive, but he is more of a travelling companion really,” McKay said.

Meanwhile, McKay is ruing a change in race tactics with Group One winner The Mitigator when he attempted to defend his crown in the Group 1 Thorndon Mile (1600m) at Trentham on Saturday.

The perennial pacemaker was ridden towards the rear of the pack and finished sixth in the Trentham feature. “It came down to an error in judgement,” McKay said. “I had a talk with the trainer of Deerfield (Chrissy Bambry) and they said they were going to lead or sit outside us, which I thought wouldn’t suit us.

“We decided we would ride him totally different and ride him back last. The race definitely wasn’t run to suit. Deerfield missed the kick and a few other things went wrong in the race. “We will just have to reassess things with him now.”