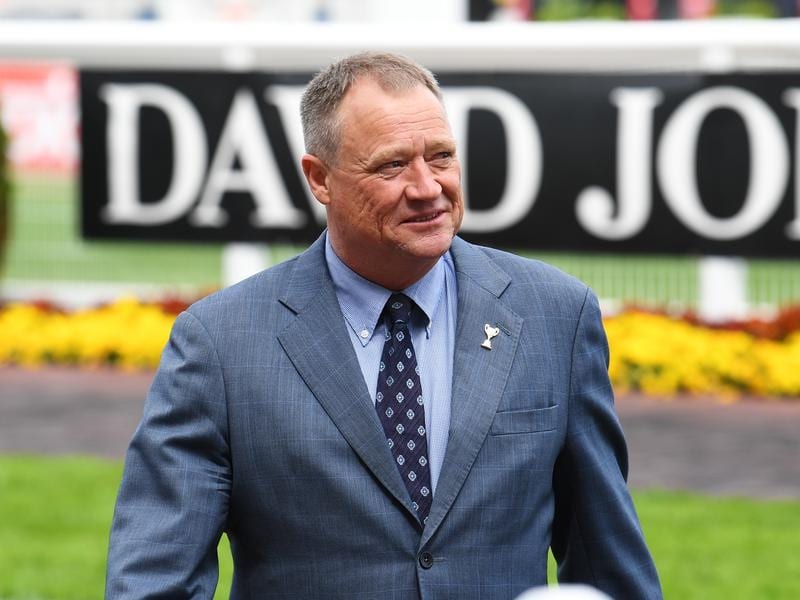 Tony McEvoy is looking for some consolation with two of his stable’s three-year-olds when Scottish Rogue and Secret Blaze run in the Sandown Guineas.

The two have been luckless during the spring as they chase the first wins of their campaigns.

Scottish Rogue and Secret Blaze are among 15 nominations for Saturday’s Group Two race over 1600m.

Scottish Rogue is backing up from a second behind Ringerdingding in Saturday’s Hilton Stakes (1400m) at Flemington.

It was the three-year-old’s second start for the preparation campaign after he was unplaced over 1050m at Morphettville.

“That’s a little concern but I thought his effort was fantastic last week,” McEvoy said.

“He’s got to back up but he’ll come on from the run.

“He’s seems good. He hasn’t left an oat and obviously he’ll just have an easy week.

“At this stage he’s bright and well.”

He finished sixth at Caulfield behind Ranier before running third to the same horse in the Carbine Club Stakes at Flemington on the opening day of the Melbourne Cup carnival.

“He didn’t have a lot of opportunity last start when locked away on the fence,” McEvoy said.

“He got back and couldn’t get clear until it was too late and when he did he closed quickly.

“With a bit more luck in the Carbine Club he might have won that race.”

McEvoy does not see a stand-out in the entries for Saturday’s race with the Mick Price-trained filly Seabrook installed the $3.50 favourite ahead of Wednesday’s final fields with Ringerdingding a $4 chance.

“I don’t think there’s anything there that’s standing out as something to be afraid of,” McEvoy said.