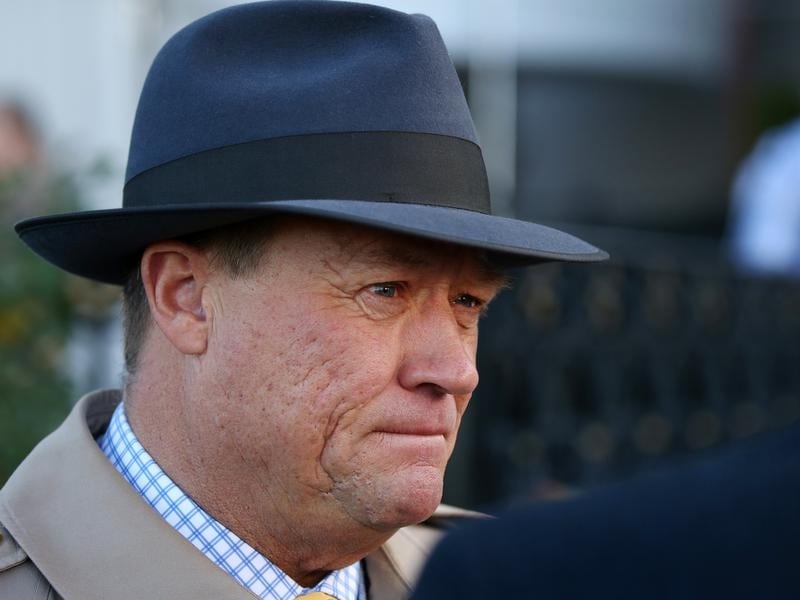 Tony McEvoy is keen to find out if his change of plans with Kinky Boom pans out as he expects.

The trainer originally thought he would head to the Quezette Stakes with Kinky Boom but that changed after he galloped the talented filly with star stablemate Sunlight.

That work-out, coupled with Kinky Boom’s closing third over 1000m at Sandown first-up, suggested to McEvoy the filly was looking for further than the 1100m of last Saturday’s Quezette and he waited another week.

Kinky Boom runs in Saturday’s MSC Signs Plate for three-year-old fillies over 1200m at Moonee Valley and will be joined by stablemate Belzella who was scratched from the Quezette, won by Sunlight, after she drew barrier 19.

McEvoy won the corresponding Moonee Valley race last year with Roomooz and he took Kinky Boom and Belzella to the course on Monday morning to gallop in preparation for Saturday.

“There was nothing between them in their gallop on Monday,” McEvoy said.

“I would have to probably lean to Belzella at the distance. I think once we get to 1400 metres it might be different.”

McEvoy wants to stretch Kinky Boom out to 1600m with the Group One Thousand in mind.

“I gave Kinky Boom some work with Sunlight and and she wasn’t sharp enough so that’s why I thought the 1100 of the Quezette was not going to suit,” he said.

“That’s just sending me a message that she wants a bit further.”

Kinky Boom has drawn wide on Saturday while Belzella has barrier two.

“Kinky Boom will just have to be ridden a bit patiently I think,” McEvoy said.

“She’s not a speed filly. We saw that in the 1000-metre race first-up. So I think we’ve just got to let the race unfold and let her come over the top of them.”

Belzella easily won a maiden at Balaklava first-up this campaign before finishing fourth to highly promising Multaja at Moonee Valley.

“She looks more of a speed filly to me,” he said.

The unbeaten Multaja is the $1.70 favourite for Saturday’s race with Kinky Boom $18 and Belzella $23.