Mcevoy Has Spring Plans For Illumicon 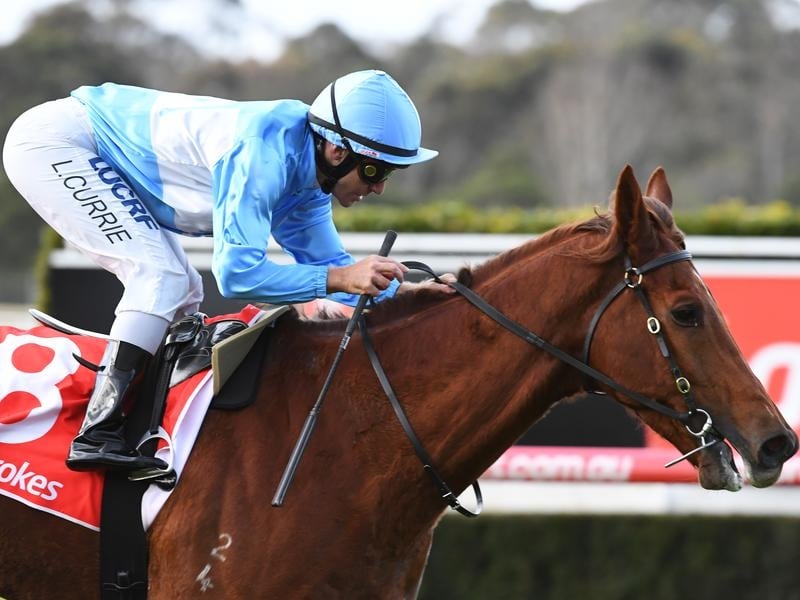 Having his first run since February, and his first as a gelding, Illumicon took out Wednesday’s Ladbrokes Multiverse Handicap (1000m) which had McEvoy glowing in his post-race analysis.

“He showed great speed, sat outside the lead in a composed fashion and then quickened,” McEvoy said.

“That showed all the attributes of a good horse and I think he has got the ability to go to some nice races.”

McEvoy has long held Group race aspirations for Illumicon and while yet to determine his best distance, he believes he will be suited at 1600m.

The trainer says a race like the Group One Toorak Handicap at Caulfield in October could suit, but first he needs to get his rating up.

“That’s why I wanted to start now,” McEvoy said.

“Get him going before the big guns get here, get his rating up so when we get to those targets, we’ll get in.

“A horse of his class, coming here on a Wednesday in July, he should be winning and he got that job done.

“He’ll take great benefit out of that and he’ll go ahead.

“I’m looking forward to the next couple of months.”

While Illumicon was successful, stablemate Kinky Boom was beaten into third place in the Le Pine Funerals Handicap on her return run with McEvoy far from disappointed.

“She got run off her legs but built nicely and was fabulous late,” McEvoy said.

“Clearly I wanted to win but I’m going home like I have won.”

Following a four winner haul at Flemington last Saturday, Damian Lane went winless on Wednesday and, by heading to Morphettville on Saturday for eight rides including Nature Strip in the Lightning Stakes, has handed Craig Williams a seventh Victorian jockeys’ premiership.

Jordan Childs, who was successful aboard New Zealand jumper Monarch Chimes was suspended for seven meetings on a careless riding charge aboard Riverina Dancer in another race.