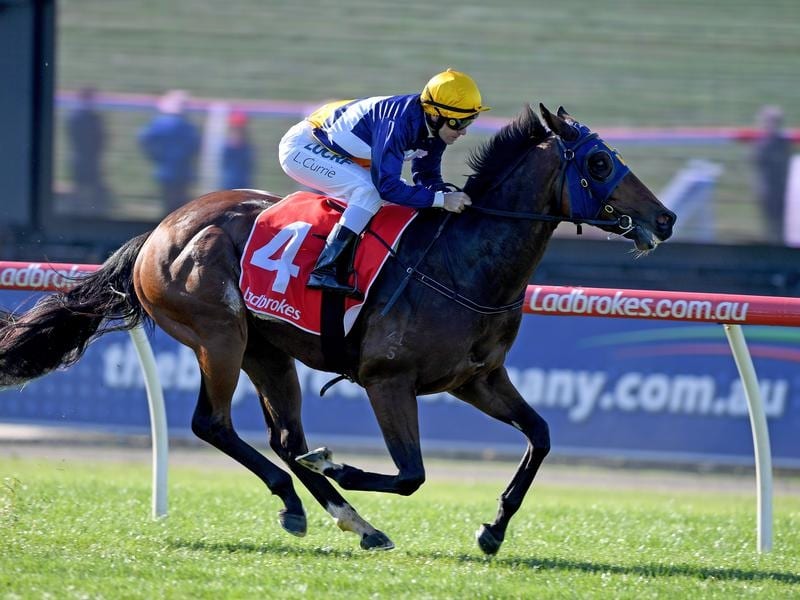 Tony McEvoy has decided on Scottish Rogue as his sole Bendigo Guineas representative and is banking on gear changes bringing out the best in the gelding.

East Indiaman was also down to run in Saturday’s 1400m-Listed race for three-year-olds but after he drew barrier 15, McEvoy elected not to start him.

Scottish Rogue will race in a visor for the first time on Saturday, one of several gear changes the trainer has applied to the gelding.

Off come the blinkers and tongue-tie and along with the visor, Scottish Rogue will also wear a cross-over nose band.

Scottish Rogue has been a cause of frustration for McEvoy and his staff.

He won consecutive races at Pakenham and Sandown last May before stringing together three placings at Flemington, culminating in a narrow second in the Listed Gibson Carmichael Stakes (1600m) in July.

Expectations were high for Scottish Rogue as a three-year-old.

Starting the spring late, he finished second in a Listed race at Flemington during Melbourne Cup week before running eighth in the Sandown Guineas.

His form has been mixed during the autumn.

After midfield finishes in his first two runs, he failed to get warm when he beat one runner home in the Australian Guineas at Flemington.

He returned two weeks later to finish fourth behind Outrageous, an opponent on Saturday, after looming to win the race.

That result prompted the gear changes.

“The Australian Guineas found him out but then he ran really well last time,” McEvoy said.

“He presented to win, he had them beaten at the 200 metres, but for whatever reason he didn’t finish it off.

“I reckon he got past them but then pulled up in the blinkers, so I’ve tinkered with a bit of gear.

“I’ve moved him to a visor, taken the tongue-tie off and put a cross-over nose band on and I’m hoping for a better result.

“He’s drawn ideally (4) and hopefully he gets a good run to get the right result.”

Scottish Rogue is a rated a $17 chance in an open race with the unbeaten Mick Price-trained filly Mystery Love the $4.80 favourite ahead of Outrageous at $5.