Mcdonald To Stick With Outback Barbie 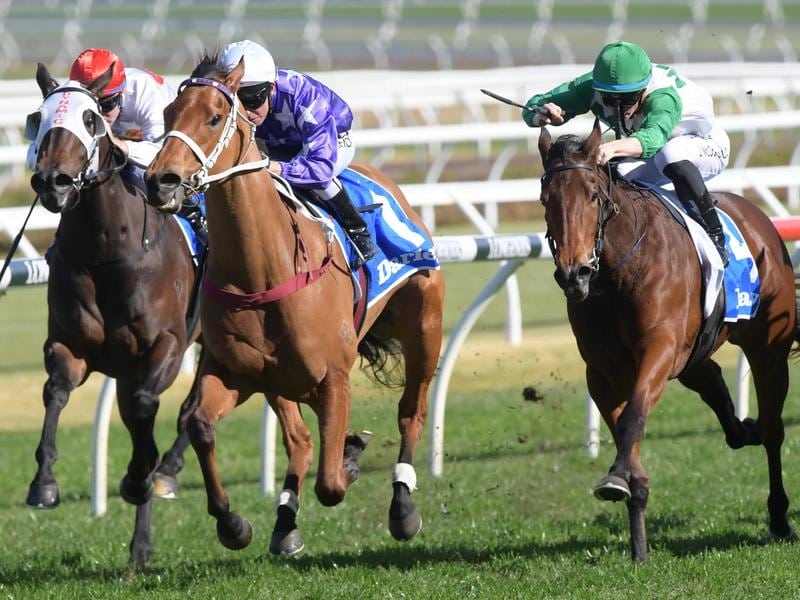 Outback Barbie was unlucky when second in the first leg of the four-race Princess Series, the Group Two Silver Shadow Stakes on August 18 when ridden by McDonald.

The filly was held up for a run for much of the final 200m before going under by a neck to the Chris Waller-trained filly Fiesta.

“He wasn’t very happy with himself but that is the way it goes sometimes. James is an international class jockey and we were naturally keen to keep him on the filly,” Gollan said.

“James was quick to make the booking when we confirmed Outback Barbie would run on Saturday.”

Gollan said Outback Barbie’s racing style meant she could often be the victim of bad luck.

Gollan is looking to step Outback Barbie up in distance in the spring if she continues to hold form.

He is also keen to run the stable’s other top three-year-old, Ef Troop, down the straight 1200m at Flemington.

Fellow trainer Kevin Kemp will keep Sold For Song in Brisbane for the time being after her encouraging second to Dal Cielo on her return to racing on August 18 at the Gold Coast.

Kemp had been keen to take the stakes-winning mare to Sydney in a fortnight but instead may wait another week.

“There is a race for her at Doomben in three weeks and that may suit better. She can go south after that,” he said.