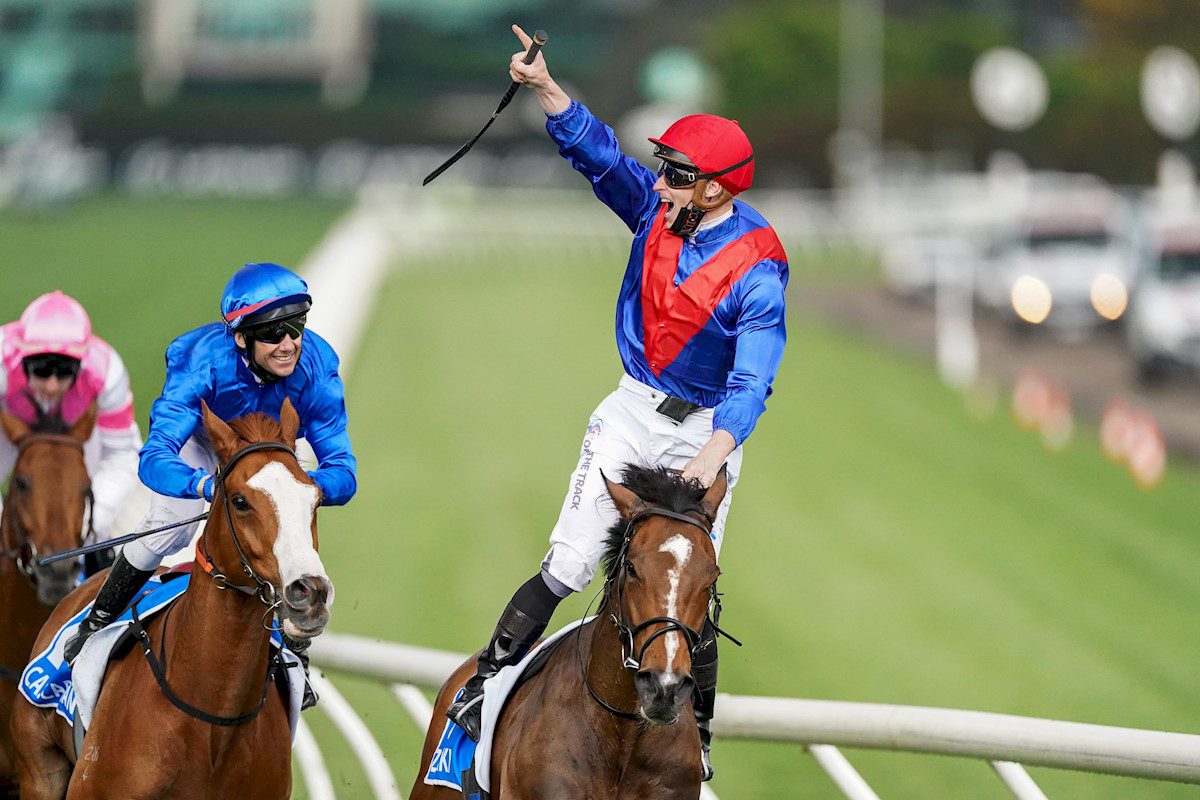 James McDonald capped off a remarkable Melbourne Cup Carnival with a Group 1 double at Flemington on Saturday, claiming wins aboard both Nature Strip and Zaaki.

After riding four winners on Derby Day and doubles on both Tuesday and Thursday, including the Melbourne Cup, McDonald had his eyes set on becoming the first jockey to ride 10 winners over the four-day carnival.

The 29-year-old hoop finished a narrow second aboard Our Intrigue in the fifth race of the day, the Group 2 Matriarch Stakes, but he didn’t rest on his laurels for long as he partnered the world’s best sprinter, Nature Strip, in the Group 1 Darley Sprint Classic in the sixth.

The seven-year-old gelding has now won two Darley Sprints, after winning in similar fashion in 2019.

“He’s had a great campaign this prep and yeah, he’s just a marvellous horse.

“It’s a learning curve every preparation we’ve had with him and there’s obviously great expectations with him every time he steps out and that comes with pressure as well.

Trainer Chris Waller was unable to be on course at Flemington for the first three days of the carnival, meaning he missed out on seeing Verry Elleegant win him his first Melbourne Cup, but he was able to make it to Flemington on Saturday to see his star sprinter win another Group 1.

Waller admitted he hadn’t planned out Nature Strip’s next preparation yet, although he revealed that a trip abroad could be on the cards.

“Maybe overseas if the owners are keen to go,” the trainer said.

“We’ve planned it twice before, but COVID has put a stop to that.”

Nature Strip made it 130 Group 1 wins for Waller, while it took McDonald’s tally to 58, which would soon become 59.

Two races later, the star hoop was reunited with emerging superstar Zaaki in the Group 1 Mackinnon Stakes (2000m) after he missed the Cox Plate a fortnight earlier.

Like Nature Strip, the Annabel Neasham-trained gelding was sent out as favourite in the $2 million race, starting at a well-backed $2.25.

McDonald took bad luck out of the equation early on in the piece from barrier eight and sent Zaaki to the front, before turning on the pressure at the 600m and racing away with the prize from a fast-finishing Cascadian and stablemate Mo’unga.

“If he’s happy, he just cruises along and does his thing,” the jockey told Channel 10.

“I love riding this horse because I just ride him on feel; you just hope for the best with him.

“Obviously a month between runs – I said during the week that it’s probably good for him anyway, but he felt nice in trackwork the other morning.

“He still… on the tight turning track he swapped and changed legs, but today, straight as a gun barrel and he was happy as Larry.”

The victory aboard Zaaki took McDonald to 10 Cup Week winners, surpassing Brett Prebble’s 21-year record of nine, and it was fittingly Prebble who finished second to McDonald in the Mackinnon before embracing McDonald past the post.

Photos had emerged of the two from 20 years earlier, with McDonald labelling Prebble as one of his childhood idols.

“It’s probably my greatest three weeks in the saddle, to be honest with you,” McDonald said.

“Starting with The Everest and then to come down to this fantastic carnival; got some brilliant rides and arguably get to take home the Holy Grail – the Melbourne Cup – it’s been the icing on the cake.”