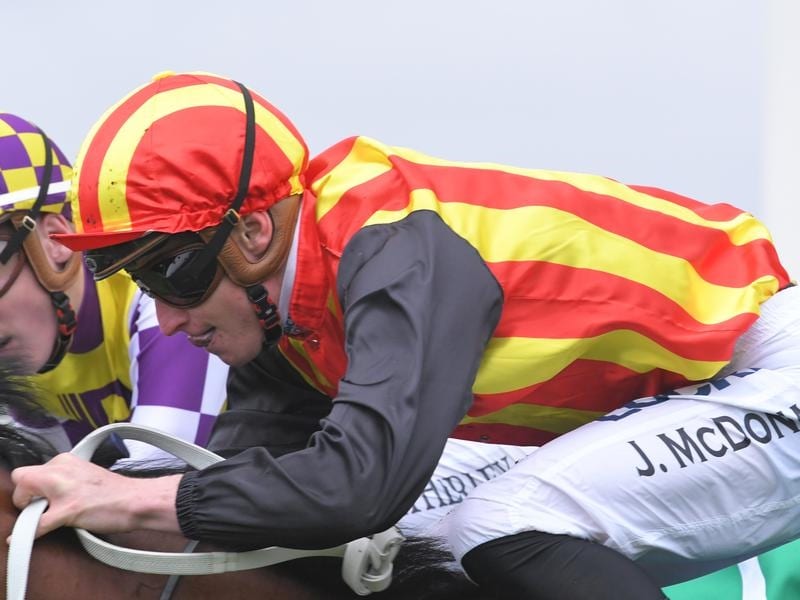 James McDonald is looking a safe proposition to win the Sydney jockeys’ premiership in his first full season of racing since a long ban.

McDonald extended his lead in the 2018-19 title with a winning treble at a rain-soaked Warwick Farm meeting on Wednesday.

His three winners, Re Edit, Semper Fidelis and Bella Success, came out of the Chris Waller stable and took his tally to 41 city victories since August 1.

Waller also provided McDonald with his first Group One win in his comeback when The Autumn Sun claimed the Caulfield Guineas.

While The Autumn Sun scored one of the easiest Guineas wins on record, McDonald had to be a lot more creative to post his second elite-level victory of the spring carnival

He brought the Waller-trained Shillelagh through a series of inside runs to claim the Empire Rose Stakes.

McDonald’s ride was one of the best of the Melbourne Cup carnival and contributed to him winning the Ron Hutchinson Excellence Award over the four days.

Crowned champion Sydney jockey in 2013-14 and 2015-16, McDonald leads his nearest rival in this season’s premiership by 15 wins.

He is booked to ride three early favourites at Rosehill on Saturday, including the Waller-trained Sexy Eyes who is chasing a hat-trick.

McDonald served an 18-month for a betting offence when he was retained rider for Godolphin and returned to the saddle towards the end of last season.