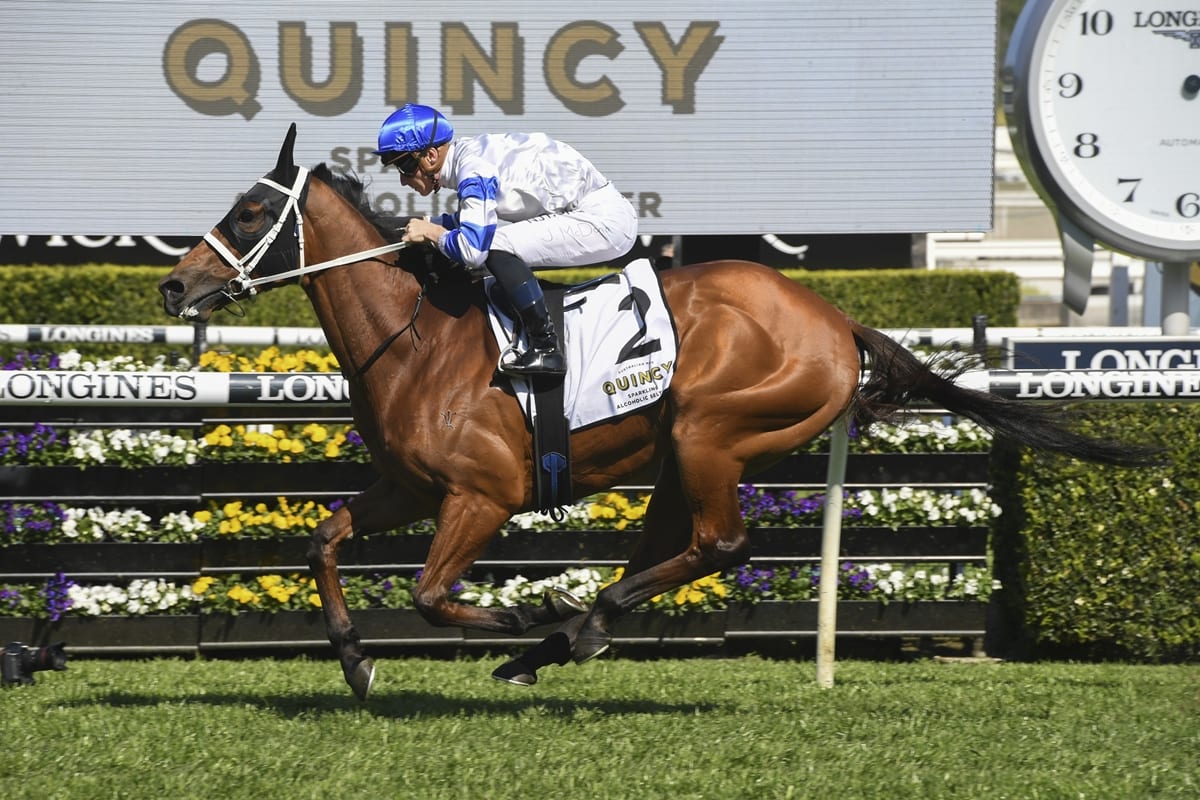 Expat New Zealand jockey James McDonald may have failed to regain his ride aboard star Kiwi mare Verry Elleegant for the Group 1 Melbourne Cup (3200m) but he is looking forward to riding her compatriot in another Group 1 feature this weekend.

The leading Sydney hoop will partner the Chris Waller-trained Kolding in the Group 1 Cox Plate (2040m) at Moonee Valley on Saturday where the Ocean Park gelding has drawn gate 10 in the 14 horse field.

Kolding has won his last two assignments, including the Group 1 George Main Stakes (1600m) and Group 2 Hill Stakes (2000m), and McDonald was particularly impressed with his last start win. “His run over 2000m was tremendous last time,” McDonald told Sky Sports Radio. “He put a good field away that day. The only concerning thing for me is if we get any rain. “He is much better on fast ground, but in saying that, he is in career best form and I think he is going to be a terrific ride in the race.”

The draw of 10 is a slight concern for McDonald, but he believes his charge will get his chance from that gate. “Ten is probably not ideal but in saying that he is an honest runner who will give a sight and I think it is a pretty open field this year,” he said. “A lot of the chances have drawn wide and he might get a run where he is not going to be a marked man. He is definitely a runner’s chance and I am looking forward to riding him in such a big race.”

McDonald is currently undergoing his mandatory quarantine period in Victoria after travelling from his Sydney base and he said apart from not being able to ride track work, nothing is too much different from previous years. “You can still get out and do your exercise every day,” he said. “It’s what we would be doing if we were down here anyway, staying in a self-contained unit and just doing what you have got to do. “The only thing we can’t do is ride track work and trials.”

McDonald, who was previously the regular rider for Verry Elleegant, is philosophical about losing the Melbourne Cup ride aboard the mare to Mark Zahra, who rode her to her last two victories, including the Group 1 Caulfield Cup (2400m) last Saturday. “She is amazing,” McDonald said. “She has just come back in great order and has just got better with age and she seems to be a lot more adaptable.

“The next couple of years will be her best years. We have had some great years with her so far, but she is only just coming into her own now. “She has done a tremendous job and hopefully a big autumn is instore now.” McDonald has been booked to ride stablemate Finche in the Melbourne Cup.