Mccarthy To Rely On Ashlor At Caulfield 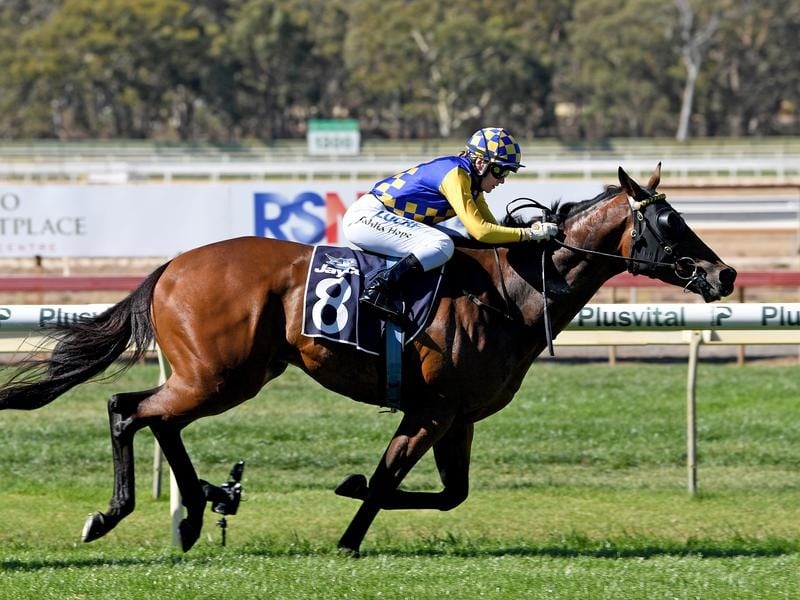 Trainer Dan McCarthy admits Ashlor’s recent run of placings has been frustrating but he is hoping for a change of fortune for the talented sprinter at Caulfield.

McCarthy has Ashlor and stablemate Liberty Song among the 46 nominations for Saturday’s 1200m-benchmark 84 race but says his plan is to only run Ashlor.

The highest-rated horse among the entries, Ashlor has been given 63kg and McCarthy plans to book a claiming apprentice and the gelding has proven he can carry weight in the past.

“He’s going to have a bit of weight but we’ll find an apprentice to ride him and he’ll get in pretty well at the weights after the claim,” McCarthy said.

Ashlor won an open handicap with a light weight at Bendigo’s feature Saturday meeting in early April at the second start of his current campaign.

That was his seventh win from his first 13 starts.

The four-year-old has since finished third in the VOBIS Gold Sprint at Caulfield, third in the Wagga Wagga Town Plate and then close seconds in his past two starts at Moonee Valley.

“The Caulfield run, he drew the outside barrier and was trapped three deep facing the breeze and fought on really bravely that day,” McCarthy said.

“In his next start at Wagga he had a decent run but didn’t really handle that way of going.

“Then his two runs at Moonee Valley have been the next level frustrating. With the way the track has raced and things like that, and getting left in front the other day just wasn’t ideal.

“He became a sitting duck.”

Widgee Turf chased down Ashlor in the closing stages of the 1200m open handicap last Saturday week to win by a neck.

“I couldn’t be happier with him.”

The Wangaratta trainer is also looking to try to stretch Ashlor out to 1400m for the first time after Saturday which could open more options for him heading into the early spring.