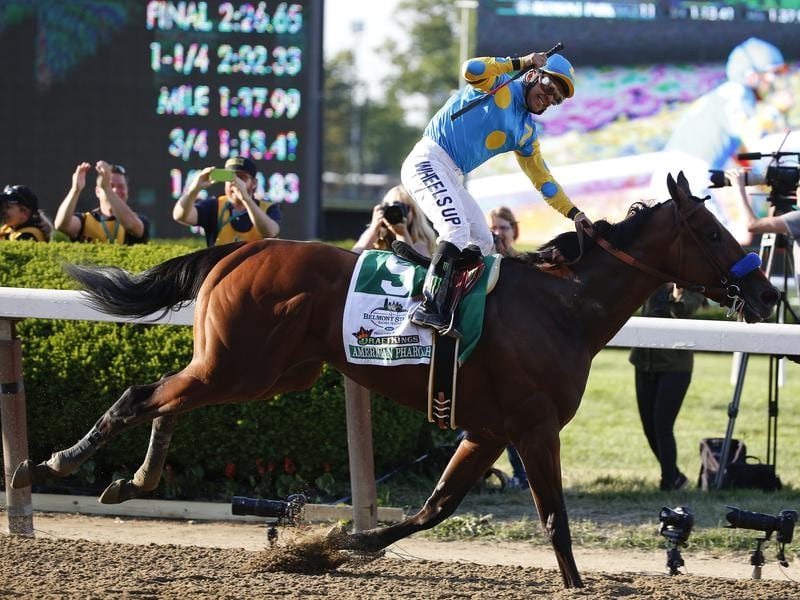 The colt, trained by Wesley Ward, went to the post as the odds-on favourite for the 900m-maiden and led from the outset.

His win on Friday (Saturday AEST) came a week after the Aidan O’Brien-trained Monarch Of Egypt, the first of American Pharoah’s progeny to race, won his debut at Naas in Ireland.

Ward said Maven would be aimed at the Group Two Norfolk at Royal Ascot on June 20 with O’Brien also targeting the Royal meeting with Monarch Of Egypt.

“I’m getting texts from everyone watching the race,” Ward said.

“It’s fantastic for racing, for Coolmore, for owner Richard Ravin and most importantly, for me.

“What I see is that he’s going to be a good sire.”

In 2015, American Pharoah became the first horse in 37 years to complete the Triple Crown of the Kentucky Derby, Preakness Stakes and Belmont Stakes.