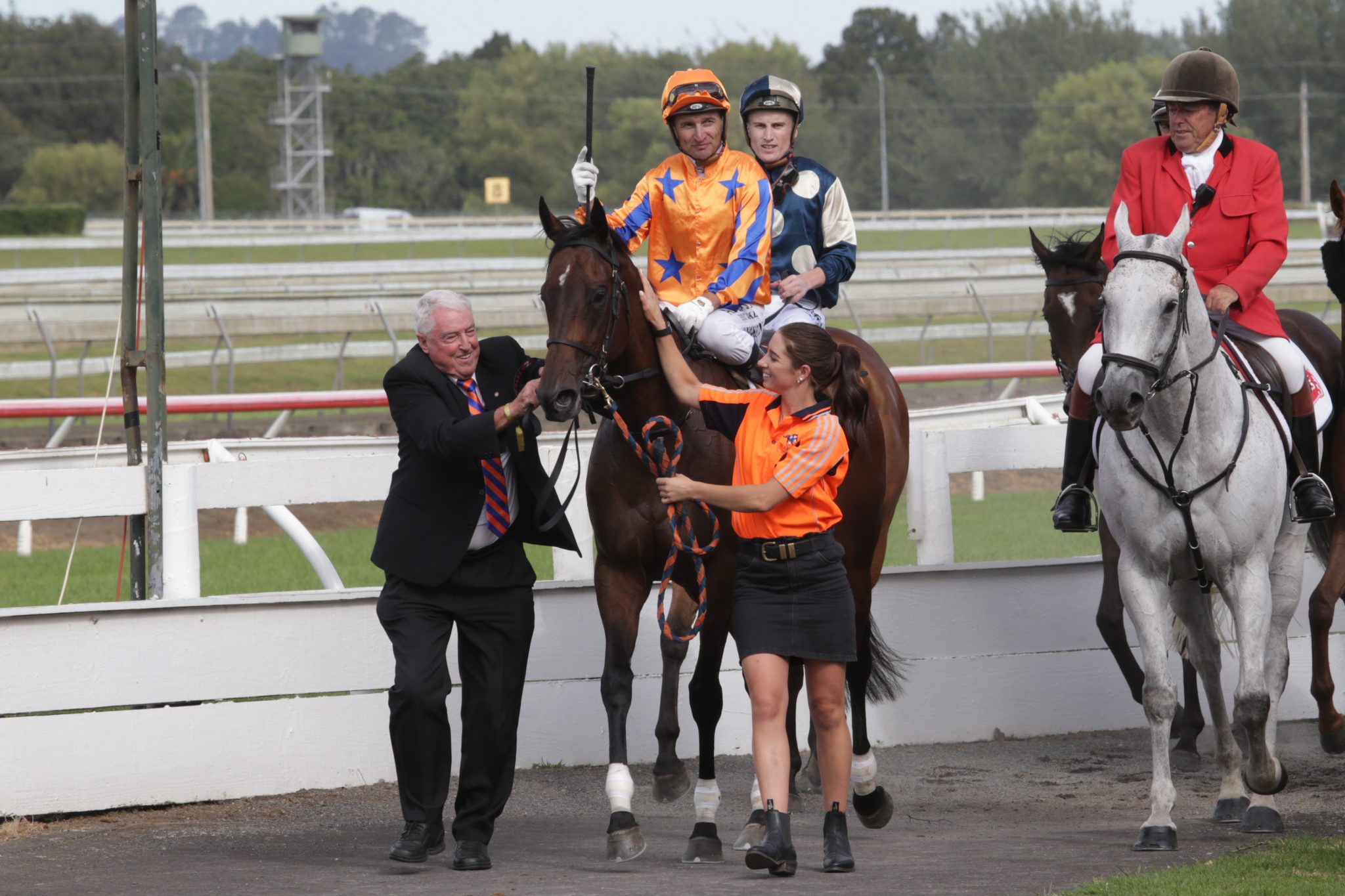 Te Akau Racing has a proud record of winning the Group 3 Cambridge Stud Almanzor Trophy (1200m) with a top-class juvenile from the previous season, and Maven Belle survived a scare and continued that tradition at Pukekohe on Saturday.

It was the fourth time in the last six years that the syndication powerhouse has won the feature three-year-old sprint on Karaka Million night. Te Akau and their champion trainer Jamie Richards won the Almanzor with former Group One-winning two-year-olds Melody Belle in 2018 and Sword Of State in 2022, while their 2021 winner Need I Say More had scored at Group Three level during his juvenile campaign.

This year’s Almanzor was only the second start of Maven Belle’s three-year-old season, having resumed with a dominant come-from-behind win at Pukekohe less than two weeks earlier. That performance earned her favouritism for Saturday’s $130,000 feature, and she won again – but this time it was far less clear-cut.

In a rough-run race that saw both Charmario and I Choose You completely taken out of the contest by severe checks, Maven Belle was hampered going into the first corner. However, rider Opie Bosson was able to slide forward into a handy position, poised to pounce coming up to the home turn.

Maven Belle quickened when Bosson went for the accelerator in the straight, but Master Brutus kicked through along her inside and went with her.

It developed into a two-horse battle to the finish, and Maven Belle lunged at the line to take it by a short head. Just behind them in third was the Group 1 New Zealand 2000 Guineas (1600m) winner Pier, who caught the eye with a strong late burst after being blocked for most of the home straight.

“It was a tight finish and I wasn’t sure if she’d won, but it was a great effort second-up,” said Mark Walker, who replaced Richards at Te Akau’s Matamata stable last April.

“She’s classy, and she just has the will to win. Credit to Opie, who really knows where the post is.

“The quick tunaround from her first-up run wasn’t ideal, but I thought when I saw her in the parade ring today that she looked far better in the coat.

“We’ll get her home and see how she comes through this, but a race like the Levin Classic (Group 1, 1600m) in March could be a possibility.”

Bred by Te Akau’s David Ellis and Karyn Fenton-Ellis in partnership with Mark and Julia Walker, Maven Belle is by Burgundy out of Doyenne, who is a stakes-placed half-sister to triple Group One winner Levante.

From seven starts, Maven Belle has recorded six wins and a third placing. The Almanzor was her fourth win at stakes level, following on from last season’s Group 1 Manawatu Sires’ Produce Stakes (1400m), Group 2 Matamata Breeders’ Stakes (1200m) and Group 3 Platinum Homes 2YO Classic (1200m). Her only defeat was an unlucky and fast-finishing third in the Group 1 Sistema Stakes (1200m).

“She was desperately unlucky in that Group One last year and should be unbeaten,” Bosson said. “It was a rough race today, she just about got run off at the first turn.

“I wasn’t too sure whether we had it at the line, but I just threw my hands and hoped for the best. She has the will to win, and she got there.”

“It’s very fitting and special for us to win this Cambridge Stud-sponsored race again,” she said.