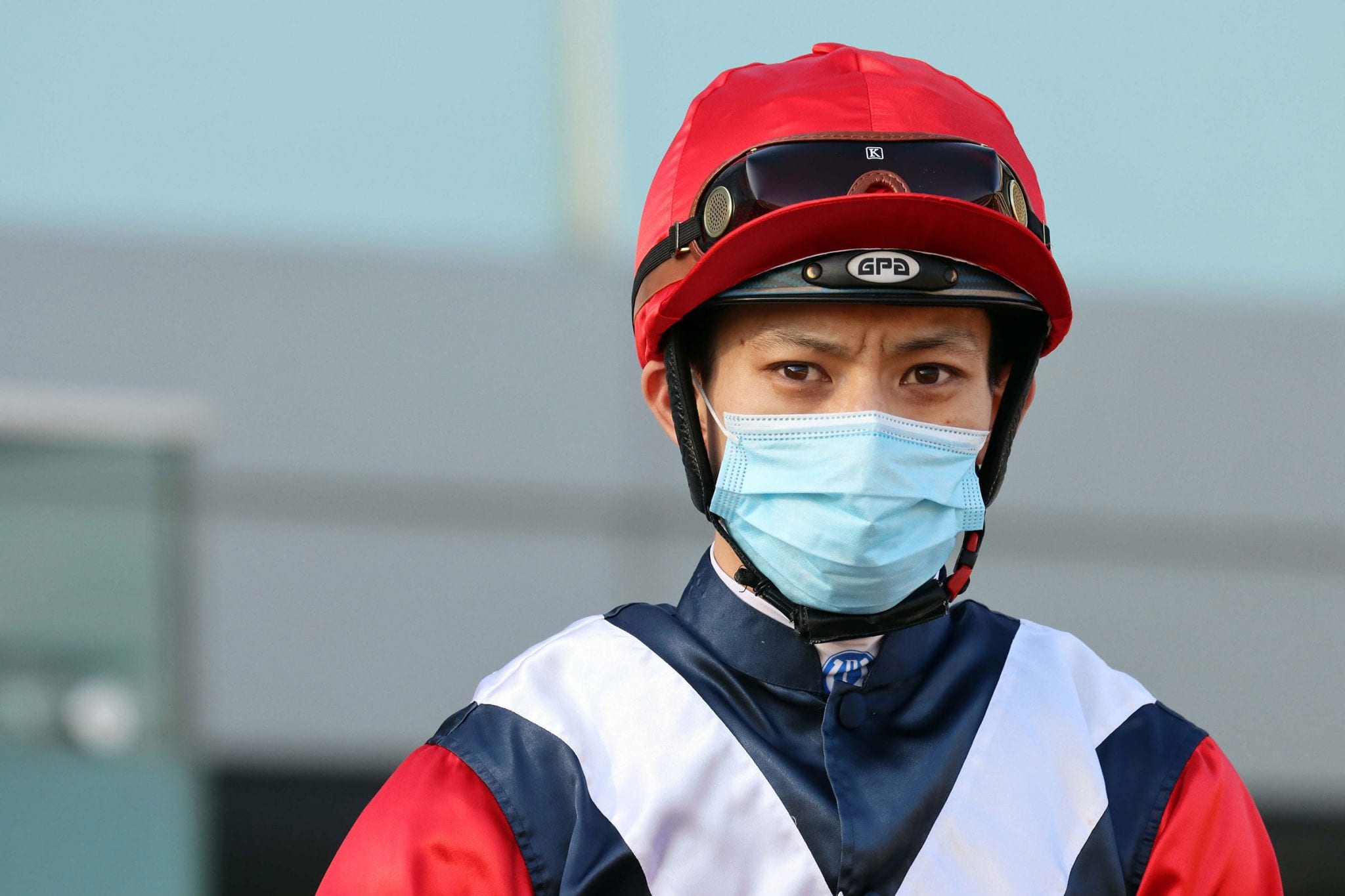 Matthew Chadwick is taking a level-headed approach into Sunday’s (23 May) Group 1 Standard Chartered Champions and Chater Cup (2400m) when he partners Packing Waltham, encouraged by his natural staying ability but wary of his adolescence as he steps up to the big time in the Hong Kong $12 million feature.

After tasting success in the race eight years ago aboard the great California Memory, Chadwick will look to upstage a bevy of seasoned gallopers this weekend at Sha Tin, including stablemates Exultant and Time Warp with victory atop the emerging stayer in the season’s final Group 1.

“If he reproduces his last-start effort he can run well, he’s still going to be a better horse next season, it’s just come around quite fast for him that’s all but he’s got ability,” Chadwick said.

Getting the leg-up on the youthful four-year-old for the fourth time this season, Chadwick partnered the son of Wootton Bassett to a rousing fourth last start in the Group 3 Queen Mother Memorial Cup Handicap (2400m) at the beginning of this month.

“He’ll run ok if he runs like he did the other day – I was a bit unfortunate, but he’s still progressing as a type, I rode him prior to the Derby and he still needed to take a step-up for those races and then after the Derby I rode him in a trial and he seemed to have come on a bit,” Chadwick said.

Winless in Hong Kong, the French import will look to get off the mark in Group 1 company but prior to Hong Kong he was the victor of two starts on the fibresand at Lyon and Pau before striking at Listed level on the polytrack at Chantilly in the 2020 Prix Maurice Caillault when defeating Mkfancy by one length, winner of the 2019 Group 1 Criterium de Saint-Cloud (2000m) the start prior.

“It seems like the further he goes, the better he gets, last time he didn’t attack the gap when it was presented, it was just enough for him to get through and an experienced horse with the right mind and frame would go straight through it – he just didn’t attack it.

“So he just might need a bit more galloping room at this stage, he’s got the ability, he just needs to produce it, he came into this season like a colt, with that frame of mind,” Chadwick said.

“I believe he can get in the placings, I’m still confident about Exultant but he’s a rising horse, he’s definitely a mile and a half horse – I’ll keep running him over longer trips,” Cruz said.

Packing Waltham is one of three four-year-olds in the race alongside Panfield and Russian Emperor, while Columbus County, Butterfield and Glorious Dragon also feature.