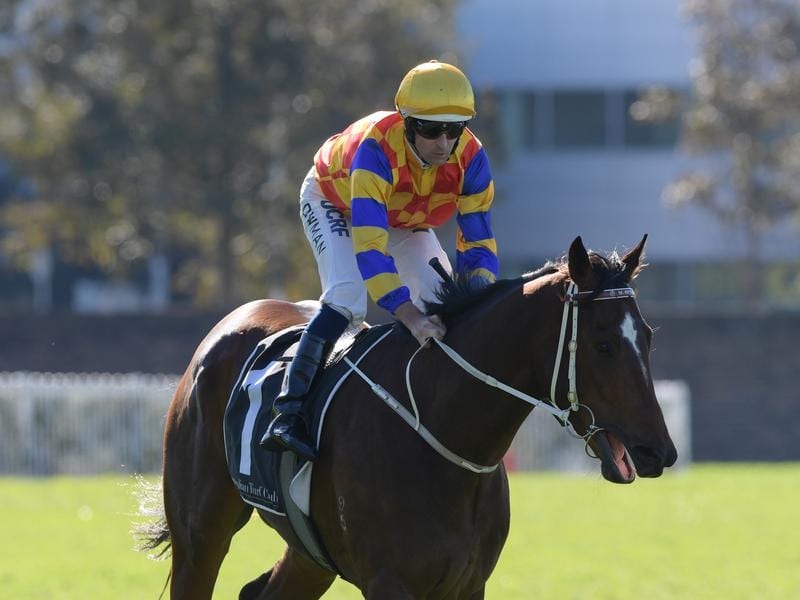 Up-and-coming three-year-old The Fire Trap has come through a bruising last start to be ready for the $2 million Magic Millions Guineas at the Gold Coast,

Leading big-race jockey Hugh Bowman has taken the ride on The Fire Trap after the pair combined to win a race at Rosehill last year.

The gelding impressed Bowman who was keen to stick with him.

The Fire Trap Trap came into Guineas contention with a strong-finishing fifth in the Vo Rogue Plate (1350m) two weeks ago.

The run was all the better because he was galloped on behind on both legs in the straight.

The Fire Trap has lacerations but avoided any serious damage.

Trainer Matt Dunn was able to get quick treatment and the gelding has worked strongly since.

“We were able to treat it and luckily there was no serious damage to tendons,” Dunn said.

Dunn has elected to put blinkers on The Fire Trap for the first time on Saturday.

“For some reason he wanted to drop the bit at the 700 metres last time. Then he ran home strongly late. The blinkers should sharpen him up,” he said.

Dunn said The Fire Trap would probably be at his best when he got out to 1600m but he expected him to be suited on Saturday.

“He is headed to the Queensland Guineas in the winter. But this is a nice race for him and you don’t often see the locals dominating betting in this race,” Dunn said.

“It means you can line up the form.”

The Fire Trap is a $14 chance in the TAB’s market with Outback Barbie the $2.50 favourite.