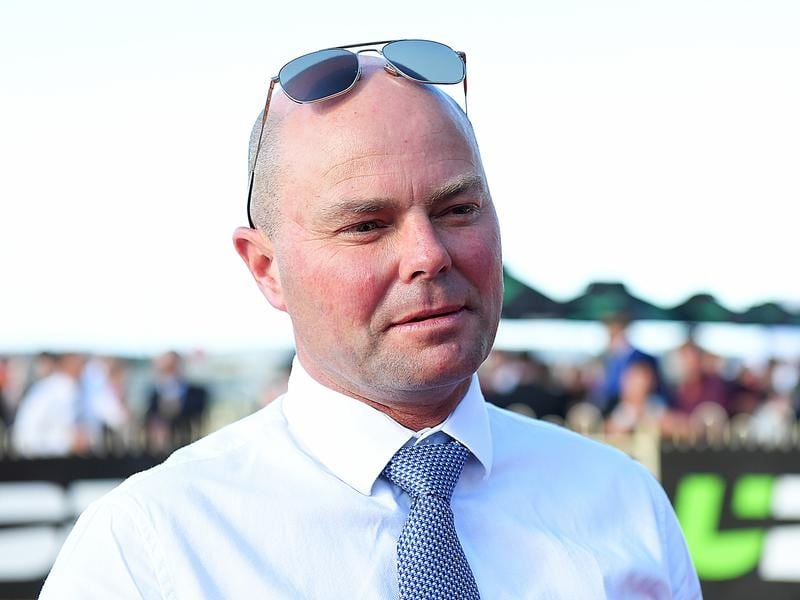 Trainer Matt Dunn is hoping to have at least three runners in the rich Kosciuszko at Randwick on the support card for The Everest.

Dunn has early favourite Care To Think who is at $4.60 with the TAB and $15 chance Snitz who are both confirmed as chasing a slot in the $1.3 million race.

The Murwillumbah trainer also hopes to have Mediterranean, currently $51, in the race.

Betting markets have two other of his horses, Perfect Dare and Quatronic, as possible runners but they are unlikely.

“Perfect Dare is in the paddock and the problem with Quatronic is it is unlikely anyone would want to pick him up as his form has been ordinary. He would need to show something quickly to be a chance,” Dunn said.

Snitz hasn’t run since finishing unplaced in the Fred Best Classic at Doomben in May.

The gelding won a heat of the NSW Country Championship earlier this year before finishing fifth in the final after being trapped deep throughout.

Dunn is looking to trial both Snitz and Care To Think before the race at Randwick on October 13.

“We can go to Brisbane, the Gold Coast or a trial at Murwillumbah. The other option is to get several of our horses together for a jump-out,” Dunn said.

He said he had originally thought Care to Think might get 60kg in The Kosciuszko but it now seemed likely he would get 59kg with Group Two winner The Monstar the likely topweight.