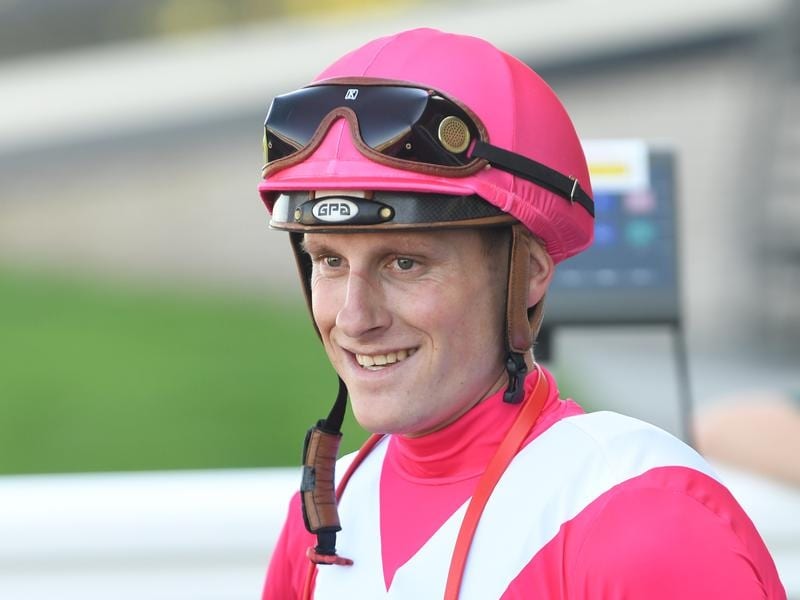 Seidl has teamed with trainer Robbie Griffiths at Cranbourne and at one of his first meetings was narrowly beaten aboard Nothin’ Leica High at Sandown on November 28.

He scored his first Australian winner at Moe on December 14 and has also ridden winners at Bairnsdale, Echuca, Sale and Yarra Valley before Wednesday’s success in the Araza Handicap on the Griffiths-trained colt.

“It did take a while but I’m very happy to ride my first metropolitan winner on that horse,” Seidl said.

“He’s not one of the easiest horses to ride, even at trackwork.

“I didn’t think I could beat the favourite (Hawkshot), so it’s a pleasant surprise.”

The majority of Seidl’s rides have come from Griffiths with the jockey preferring to work in closely with one stable as he does back home.

“In Germany I have a contract with Markus Klug and work in closely with him,” Seidl said.

“I also have a contract with an owner and that’s why I have to go back in March.

“I really like it here, it’s top racing, but I have to go back and keep my owners happy back home, but I’d like to come back one day.”

Seidl took a keen interest in the debut win of German import Schabau who was successful at Flemington on Tuesday.

“Schabau was in my stable and I rode him in trackwork and in a race before he came here,” Seidl said.