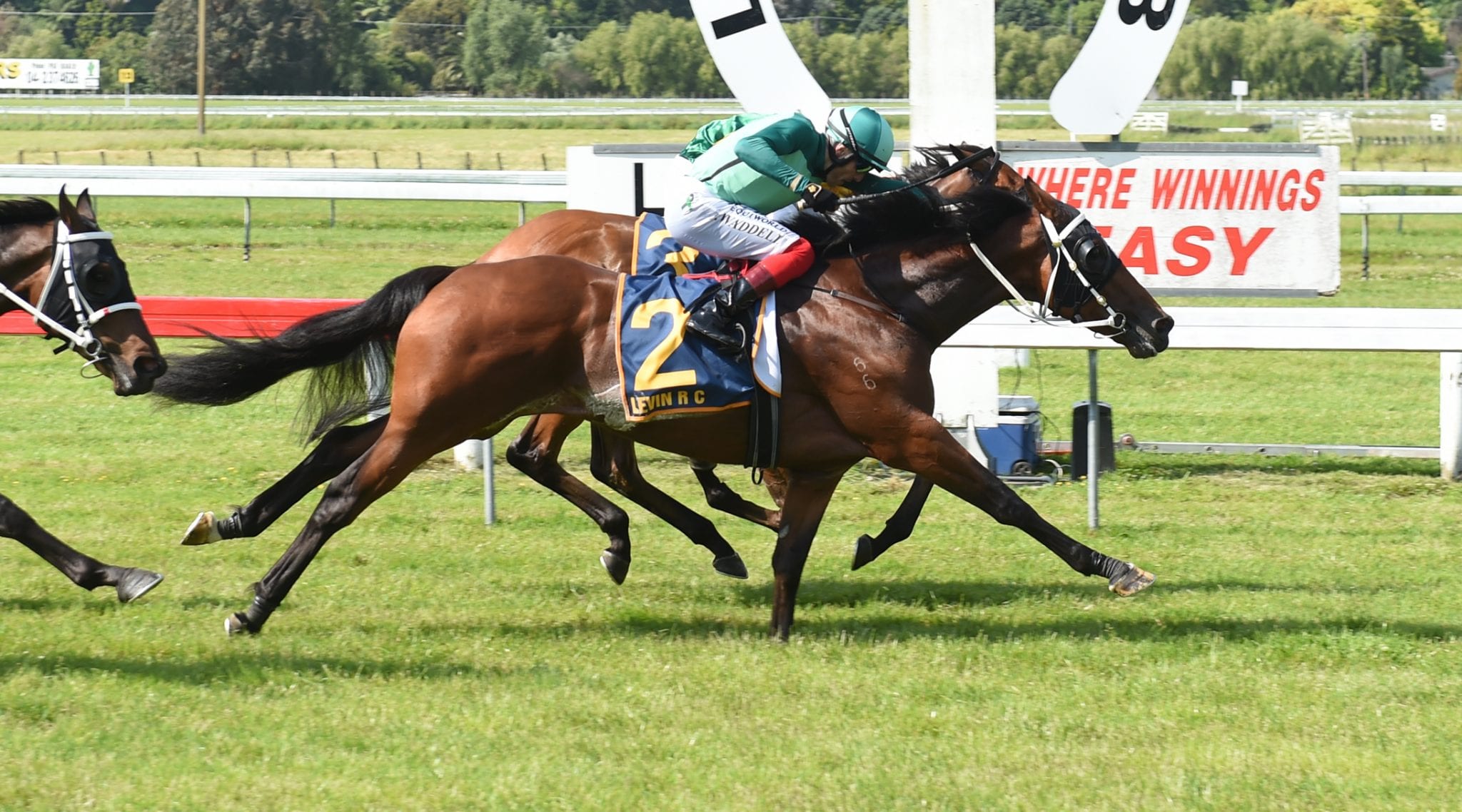 Cambridge trainer Stephen Marsh is upbeat about his chances of causing another upset in the Group 1 Vodafone New Zealand Derby (2400m) at Ellerslie on Saturday. Marsh produced Crown Prosecutor at $105 to win last year’s Derby and while Scorpz is only a fraction of that, at $12 with TAB bookmakers, for this year’s three-year-old feature, the second generation Derby-winning trainer is hoping he can upstage favourites Dragon Leap and Two Illicit.

Giving him confidence is the improvement the colt by Charm Spirit has shown since his last-start second to Dragon Leap in the Group 2 Avondale Guineas (2100m) at Ellerslie a fortnight ago. “I was really happy with the run. He’d gone first-up at a mile at Te Aroha and just went into the Avondale Guineas a little above himself,” said Marsh, whose father Bruce produced Hail to win the New Zealand Derby in 2000.

“He just over-did it on a slow pace but he’s trained on really well. His draw (barrier two) might be a little tricky but we’re very happy with him. His work this week has been terrific.”

Unhappy with the slow pace of the Avondale Guineas, which was run some seven lengths slower than the Rating 65 race the same day, Marsh just wants a genuine tempo for the Derby to give Scorpz his best chance of success. “We just want a truly-run Derby and I think we’ll get it. I see Peloton of Andrew Campbell’s and Red Rufus of Peter Didham’s making the speed and hopefully it’s genuinely-run and that might just even it up,” Marsh said. “If it’s run slowly again, that just plays into the hands of the colt (Dragon Leap).”

Marsh expects Scorpz to take up a handy position under rider Danielle Johnson, giving the winner of three of his 10 starts his best chance to capitalise. “Generally, he puts himself somewhere there and that should mean he really gets his chance,” Marsh said. “It’s been a perfect prep for him. He won that Salver (2100m at Ellerslie in December) and then we were able to give him a nice summer break. “When the tracks were hard, he was having a rest. It just meant we were able to freshen his legs and he hasn’t had a lot of hard racing. If he settles and it’s decently run, I think he’s a really good chance.”

Marsh, who will consider Scorpz for a trip to Sydney for the Group 1 Rosehill Guineas (2000m) on March 21 and the Group 1 Australian Derby (2400m) at Randwick on April 4 should he finish in the first three, has plenty of other runners in feature races on Saturday.

He will produce Evalina, Pretty To Sea, Santa Catarina and Molto Veloce in the Group 3 Haunui Farm King’s Plate (1200m). “They are four good mares and they all race well at Ellerslie. I see them all as chances, though we’ve got some sticky draws,” Marsh said.

His other runners are Kaipaki Road in the Group 3 McKee Family Sunline Vase (2100m), Starrybeel in the Headquarters Viaduct Nathans Memorial (2200m), Baby Face, Threadtheneedle and Rip Em Up.