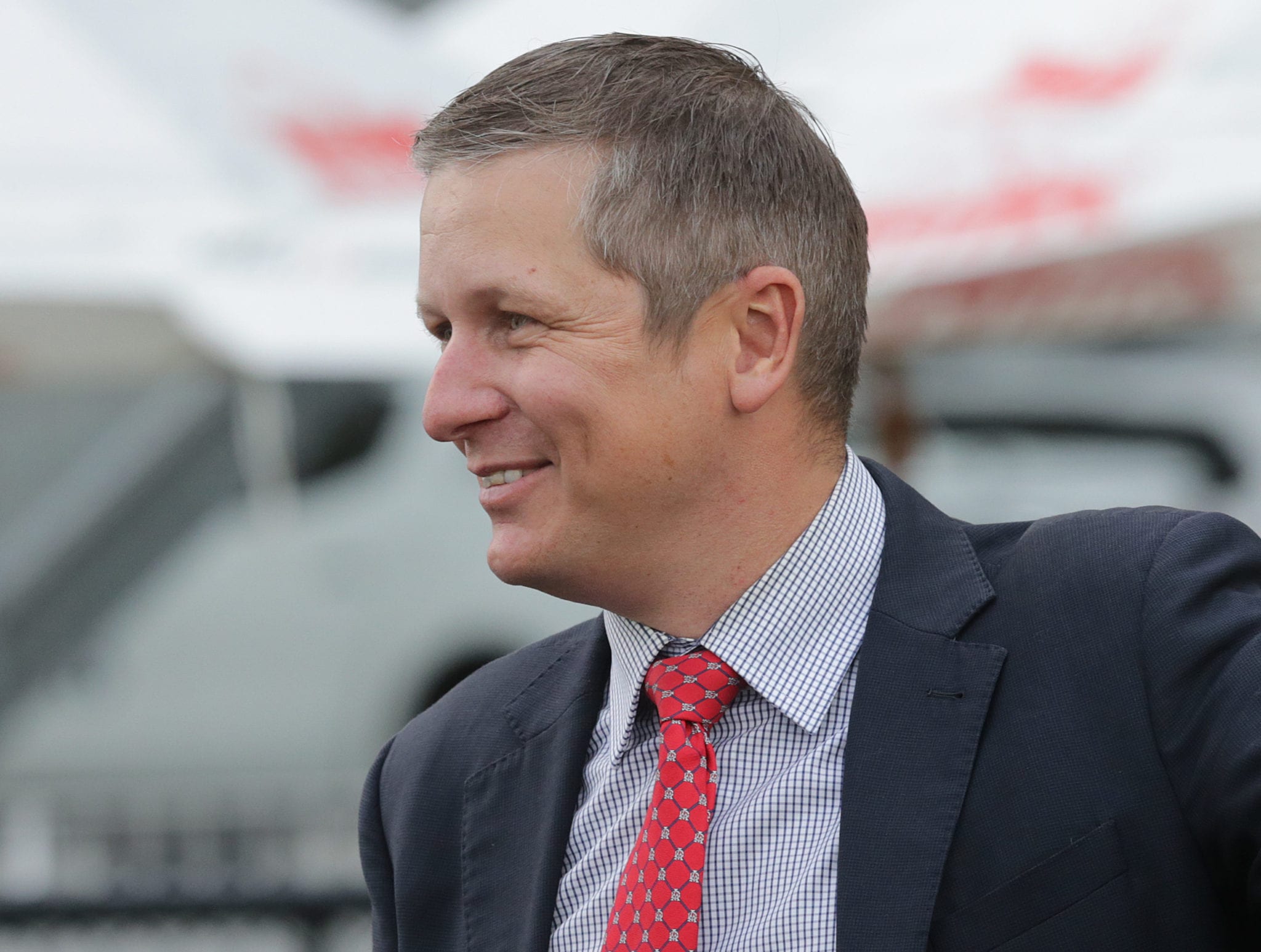 Stephen Marsh’s racing team has been in fine form of late, recording seven wins in the last week to catapult the Cambridge horseman to the top of the New Zealand Trainers’ Premiership. He now sits on 40 wins for the season, one clear of Te Akau’s Jamie Richards. “It has been a terrific last few days, it would be nice to have more of those weeks,” Marsh said. “Todd (Pollard, Racing Manager) was telling us it was 17 winners for the month, which is probably the most we have had over that period too. It has certainly been a dream month.”

While pleased to be at the top of the tree, Marsh said there is still a lot of water to go under the bridge before season’s end. “I see we have hit the front there, but have we gone too early?” Marsh quipped. “We are still a long way from home. It’s a real 3200m race this one and we have only gone out of the straight for the first time. There is a long way to go. “We would love nothing more than to win the premiership. There are obviously a lot of other good stables in the country that are going to be hard to beat, but we are going to try hard.”

Marsh said he owes a lot of the stable’s success to his staff. “The quality of horse we are getting now is much better and I have got terrific staff and I am very proud of them,” he said. “They work very hard and if it wasn’t for them, we wouldn’t be getting the results.” Marsh was delighted with his bumper week and is particularly looking forward to the future with stakes winners Evalina and Scorpz, and Ellerslie winner Pierina.

Evalina and Scorpz won the Listed Levin Stakes (1200m) and Group 3 Wellington Stakes (1600m) respectively at Otaki on Friday and Marsh now has Group 1 aspirations with the pair. “We knew we had to win on Friday with Evalina to get into the Railway (Group 1, 1200m) and that is where she is going to head now,” Marsh said. “If you go through the Railway it certainly won’t be easy, but I don’t think it is going to be one of the stellar fields of all years. “We are going to have a crack at Group 1, she is beautifully bred and has got that stakes win now, which is terrific. If we can get a Group 1 placing, or even a win, beside her name that will even be better.

“Scorpz has come through his race really well. We will probably step him up over ground now at Ellerslie on December 15th in the Listed three-year-old 2100m (Hynds Holdings LTD 3YO Salver). “We will run him in that and make sure he does get the trip and if he does look very competitive in that we will give him a little break and set him solely for the (New Zealand) Derby (Group 1, 2400m).”

Marsh was also impressed with the deeds of Pierina when winning the Dunstan Feeds 1500 Championship Qualifier 1400 at Ellerslie on Saturday and said she too could be heading towards some elite level targets. “She was going so well we thought we would have a crack at that weight-for-age fillies and mares race (Group 2 Auckland Thoroughbred Breeders’ Stakes, 1400m) and she never saw daylight the whole way down the straight,” Marsh said. “We earmarked from there the J Swaps Contractors Sprint (1400m), the Group 3 on Waikato Cup day, so we thought we were going to have to win another race before to ensure that we get into that race. So we had to back her up and it’s two weeks into that race. “A nice Group 3 at handicap conditions will be a perfect race in a couple of weeks’ time for her.”

Marsh is also interested in testing the daughter of Savabeel over a mile, with plenty of options available in the new year. “I am not sure she will get a mile yet, but we will probably know a bit more after next start,” he said. “There are certainly a lot more options if she does get a solid mile. She could even run in a race like the Rich Hill Mile (Group 2, 1600m) where she is still going to get in very well (at the weights). “It would be nice to step-up from a Group 3 to a Group 2, she could even end up down in the Thorndon (Group 1, 1600m) or something like that.”