Mare Stars For Edmonds On Her Way To Stud 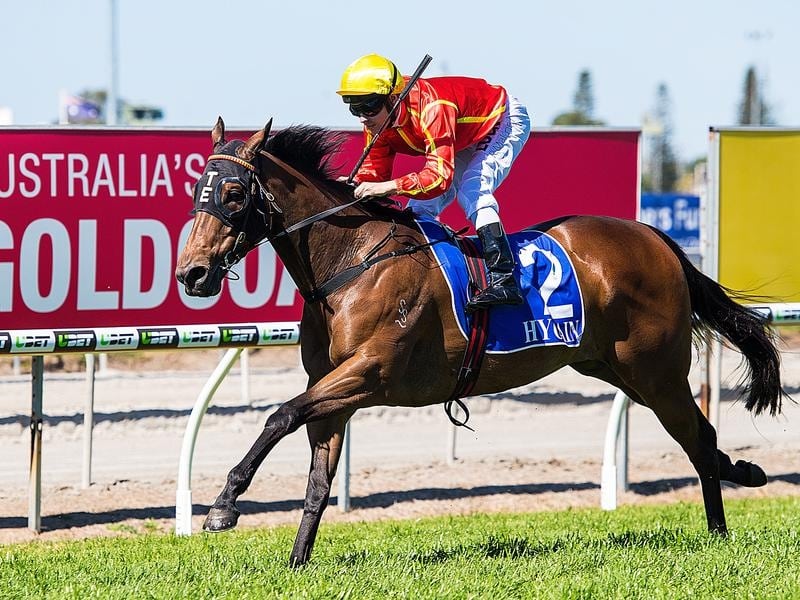 Well-bred mare Awake The Stars added plenty of value to her worth in her new career as a broodmare with an easy win at the Gold Coast.

Heavily backed to start $2.70, Awake The Stars lived up to her favouritism to beat Sister Patti ($18) by 3-1/4 lengths with a short head to Tedder Avenue ($7) third in Saturday’s Washpool Lodge Handicap (1400m).

It continued the great run for trainer Toby Edmonds with fillies and mares for Segenhoe Stud.

“I have lost count of the winners we have had for Segenhoe in recent years but it is starting to get right up there. They are great clients,” Edmonds said.

Edmonds has two of the stud’s mares, Granny Red Shoes and Winter Bride, in Melbourne for the spring carnival but there are no such lofty heights for Awake The Stars.

“She is off to stud. A city win today will do a Redoute’s Choice mare like her a lot of good at stud,” Edmonds said.

“Awake The Stars was backing up from last week but it was just the way the races fell.”

Another of Segenhoe’s mares Deer Mountain who ran fourth is also headed to stud.

Awake The Stars was ridden by former Victorian Ryan Maloney who took his winners since he began a new phase of his career in Queensland on August 1 to seven.