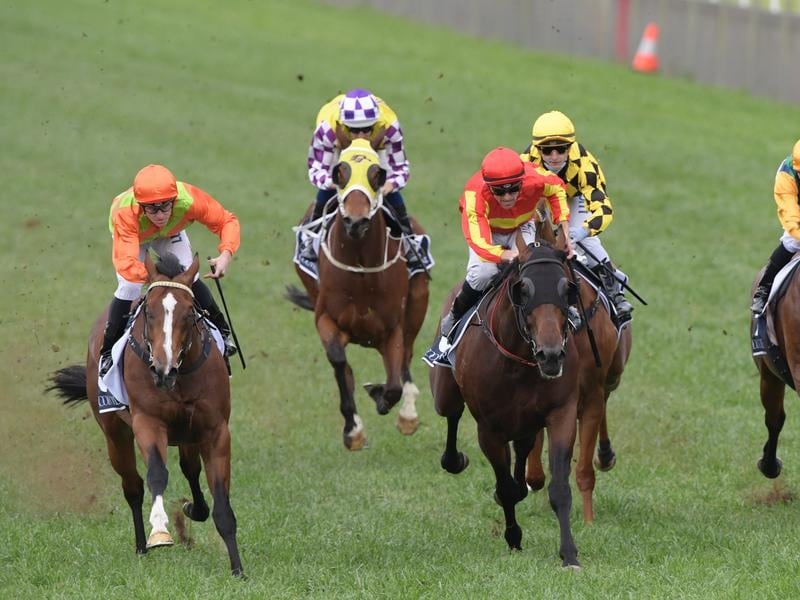 Emerging colt Mansa Musa has given another front-running display to win his second race from two starts and set up a jump from a Warwick Farm midweek class to Listed company at Randwick.

The Gerald Ryan-trained three-year-old won his debut over 1100m at Gosford on September 6 and backed it up with a 1200m-victory on Wednesday.

Ryan said Mansa Musa had jumped out with triple Group One-winning stablemate Trapeze Artist last week and was growing into a proper racehorse.

“I’m rapt with the way he has settled down,” Ryan said.

“We’ll look at the Listed Brian Crowley Stakes on the 20th (October). I think 1200 metres might pull him up.”

Jockey Josh Parr was all smiles after Mansa Musa ($4.40) held off Farranfore ($13) by a half neck after the latter sustained a late run in the straight.

“He’s taken good improvement from his first start and was really responsive today.”

Trainer Chris Waller sent out the first three winners on the program – Orcein, Palmateer and Scratches.

Palmeteer’s win came in a 1600m-race for apprentice riders with Sam Weatherly gaining the honours.

New Zealand’s premier apprentice last season, Weatherly is now with the Waller stable and brought up his seventh Sydney metropolitan winner for the season.

After a slightly slow start to the season since returning from Hong Kong, Tommy Berry is gathering momentum including a winning double on Wednesday.

Berry won aboard the Hawkes Racing-trained Mahalangur and Deity for Godolphin.

Earlier in the day, Berry was announced as the rider of Godolphin’s Home Of The Brave in the $13 million Everest on October 13.