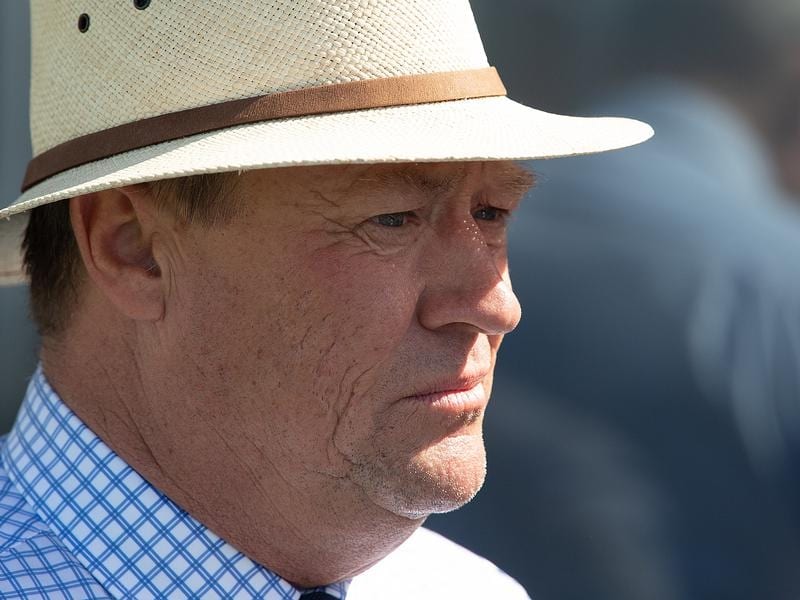 A rise in distance is expected to suit Divanation as she chases a first city success at Caulfield.

Divanation has raced four times, finishing in the placings at all starts, with victories at Werribee and Geelong, the latest over 1750m on April 4.

The four-year-old is the sixth foal for Makybe Diva.

Her seventh foal, Demand Attention, made her debut at Bendigo on Tuesday, beating one home in maiden grade.

Trainer Tony McEvoy has allowed Divanation time to develop and may look to a stakes race next month in Adelaide if successful on Saturday.

“The trip is what she’s been crying out for,” McEvoy said.

“If she runs well we’ll consider bringing her back over to Adelaide for the Centaurea Stakes, a 2000-metre mares race at Morphettville during the carnival.

“I’ve been happy to take my time with her.

“She’s barely put a foot wrong and hasn’t finished out of the money yet and not many can say that.”

Luke Currie takes over from Andrew Mallyon on Saturday with Mallyon to partner stablemate Sasko who is resuming.

McEvoy said it’s hard to gauge Sasko through his trials as the gelding is an out-and-out stayer.

“He’s worked well and his trials have been fair,” McEvoy said.

“He never trials well because they are always too short for him but I’ve been pleased with the way he’s come back.”

Unlike Divanation who he hopes to get to stakes level this campaign, he’s happy to work through the grades with Sasko.

“He’s got to pick his way through some staying races and get into some form,” McEvoy said.