Maid Of Heaven One Of Three Spring Fillies 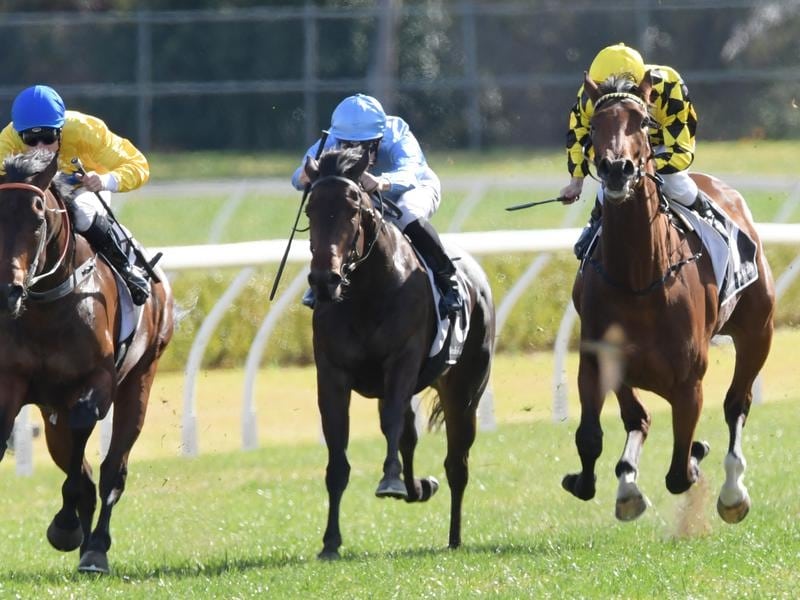 Trainer Mark Newnham can find no reason not to back Maid Of Heaven up in the Spring Champion Stakes after her luckless run in the Group One Flight Stakes.

She is one of three fillies scheduled to run in Saturday’s Group One feature at Randwick and her trainer believes she will be suited by the 2000 metres.

Maid Of Heaven finished sixth in Saturday’s Flight Stakes (1600m), 1-1/4 lengths from the winner Oohood after getting held up for a run in the straight.

“She didn’t have a taxing run so I can see no reason not to back her up,” Newnham said.

“She is definitely looking for 2000 metres. She was strong past the post on Saturday.

“And she is eating more now than she was a month or six weeks ago so she has a strong constitution.”

Maid Of Heaven is raced by John Messara’s Arrowfield Stud which also has Panzerfaust ready to line up.

Panzerfaust is trained by Messara’s son and studmaster Paul and ran fourth in the Gloaming Stakes (1800m) at her most recent start.

The third filly set to take her place is the Kris Lees-trained Frankely Awesome who has had just two starts for two wins and will be ridden by Corey Brown.

Gloaming Stakes winner Thinkin’ Big is the TAB’s $3.50 early favourite with Frankely Awesome the shortest-priced of the fillies at $8.

Melbourne-based Ciaron Maher and David Eustace will be out to claim another Sydney win since forming a training partnership this season.

The stable claimed the Breeders’ Plate for two-year-olds on Saturday and will have Visao in the Spring Champion.

“He’s definitely looking for ground so we think the 2000 metres will suit him,” Eustace said.

“It was either Flemington or this race. It’s worth more prize money in Sydney so we might as well have a crack and it keeps him on track for the Derby.”

Stablemate Not A Single Cent will stay in Melbourne to run at Flemington over 1800m.