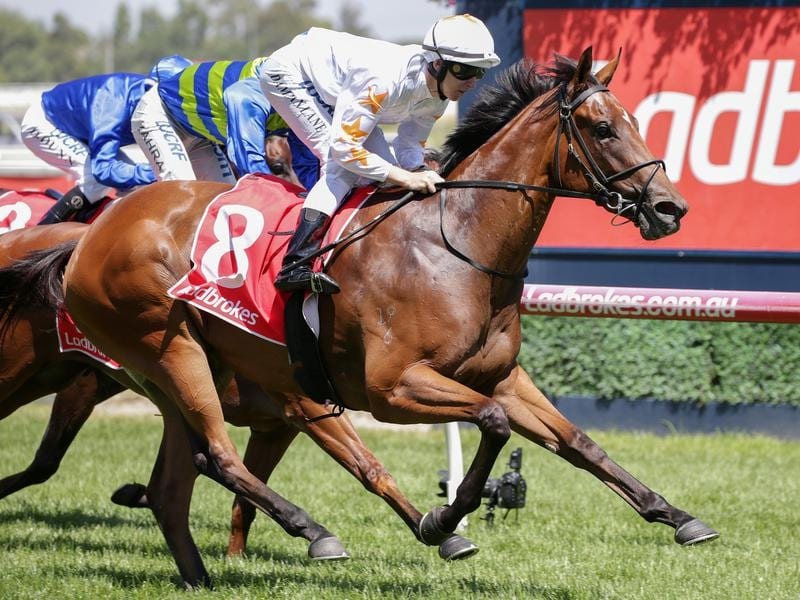 Trainer Ciaron Maher believes Loving Gaby is still on an upward spiral in her first racing preparation as the filly prepares for another Group One assignment in the Sires’ Produce Stakes at Randwick.

Loving Gaby won the Group Three Chairman’s Stakes at Caulfield on debut in February then did not have the best of luck when sixth in the Group One Blue Diamond before finishing a game fourth in the Golden Slipper (1200m).

Maher, who trains in partnership with David Eustace, has pressed on to Saturday’s Sires’ Produce with the filly while the stable also has Breeders’ Plate winner Dubious in the field, with the colt coming off a 10th in the Golden Slipper on a heavy track.

European-based jockey Oisin Murphy flew in to ride Loving Gaby in the Slipper but James McDonald, who claimed a Group One double at Rosehill last Saturday, will be aboard on Saturday.

Loving Gaby was the $4.60 favourite on Wednesday in a field which includes Golden Slipper winner Kiamichi ($10) and Slipper runner-up Microphone ($5.50).

“I think Loving Gaby has come on from the run in the Slipper,” Maher said.

“James McDonald galloped her before the Slipper and he galloped her again on Tuesday and felt she had come on.

“She was a little bit more balanced that way of going and she is a horse who is learning her craft.

“She has been better in each of her runs and she’s showing the signs that she is still improving.”

The Sires’ Produce is over 1400m and Maher does not believe the distance rise will pose a problem for Loving Gaby.

Maher said the heavy conditions did not suit Dubious in the Golden Slipper and the co-trainer will monitor the Randwick track conditions ahead of Saturday.