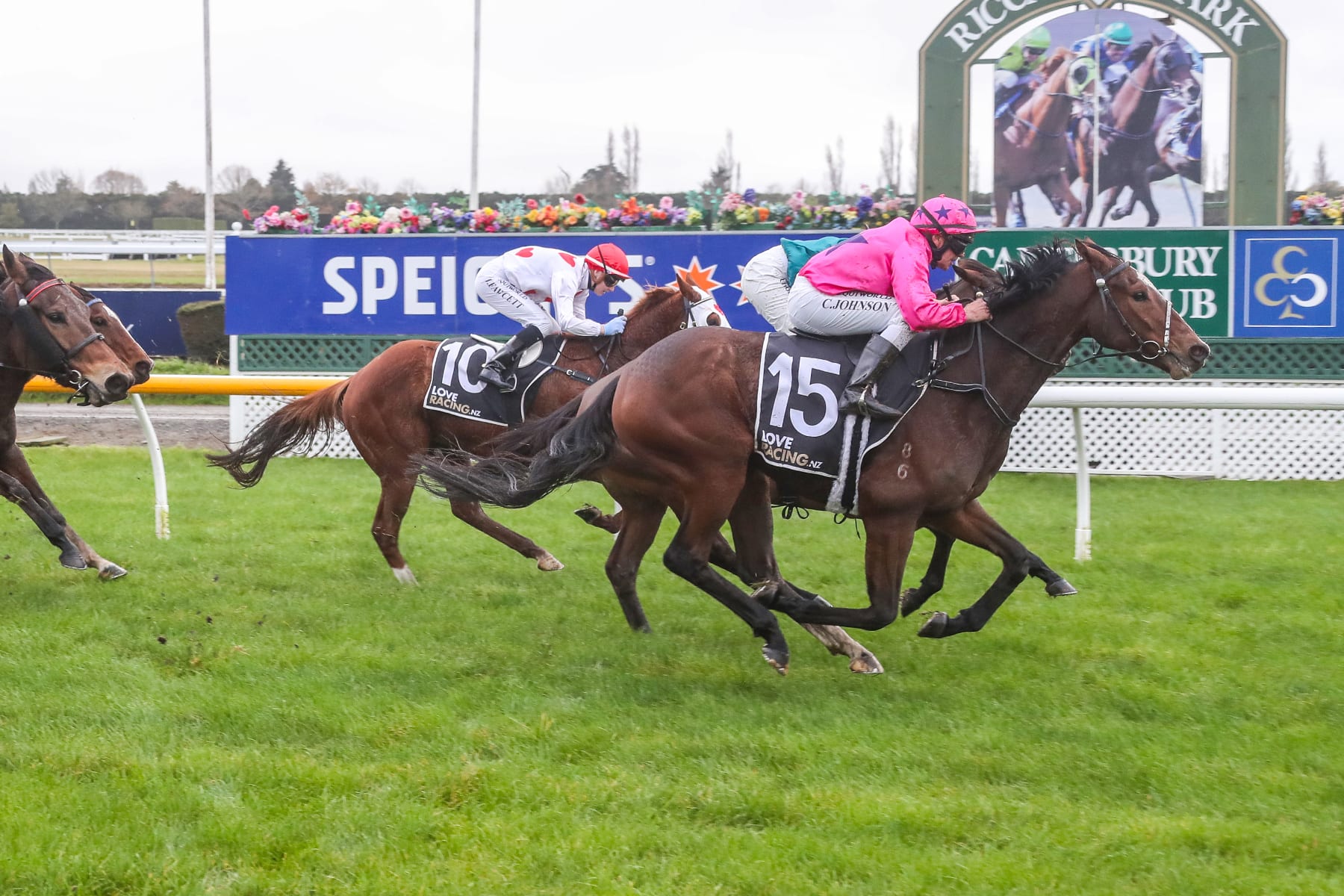 A typically patient ride from the evergreen Chris Johnson paved the way for local runner Yannick to take out the opening event at Riccarton on Saturday as racing returned to the South Island for the first time since the easing of Covid-19 pandemic restrictions. Johnson showed all his trademark coolness in a driving finish as he brought the Jamie Bullard-trained three-year-old to the middle of the track for his run after settling well back in the early stages of the 1400m contest.

Yannick put in some powerful late strides to surge past race favourite Matuki in the last 50m to record his first career victory for Bullard and his partner Rochelle Lloyd, who race the Burgundy gelding. “He’s been a difficult horse as he struggles to settle in his races so it was good to see him finally do that today,” Bullard said. “He’s quite a lean type with a big stride but he over-races a lot which has been the undoing of him. “We changed a bit of gear around and Chris got him to settle which was the key to the performance.”

Bullard is confident that there is more in store for his charge as long as the experience has helped to settle him down. “Once he does learn to settle, I think he will get out to a mile at least,” he said. “We will probably look at giving him his next run back here at Riccarton towards the end of next month over 1400m as he won’t get a mile while he is over-racing. “He doesn’t really quicken much but he is resolute and can finish off when he does get the right run.”

Bullard is also looking forward to the return of promising galloper All Or Nothing at the Ashburton meeting in early August. The rising five-year-old won nicely on debut at the venue and has been working well in preparation for his raceday return after being off the scene since November last year.

Yannick, who did his early racing from the Cambridge stable of Andrew Campbell after Campbell purchased him for $50,000 at the 2018 Karaka Book Two sale, is out of the Encosta de Lago mare Head Girl and hails from an extended family that includes multiple stakes winner Excites Zelady and the outstanding racemare Bound To Honour.