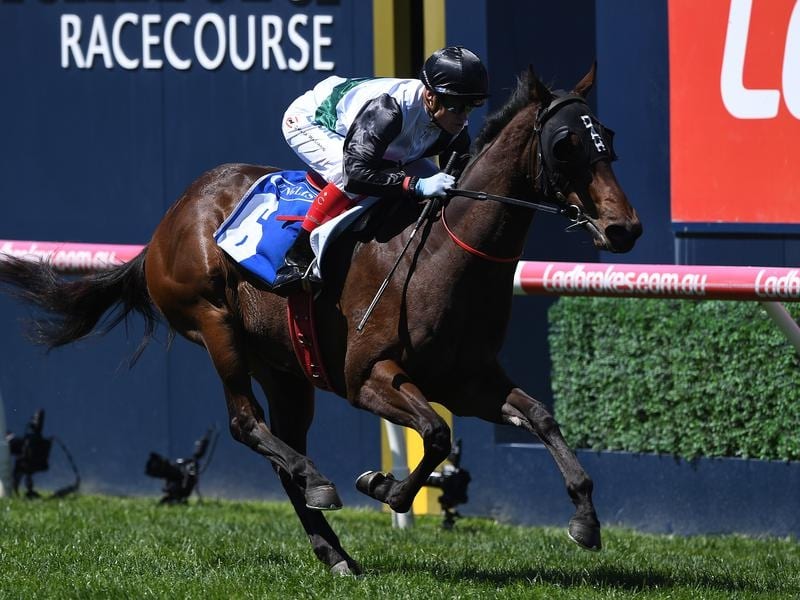 The Lindsay Park team will use the Wyong Magic Millions 2YO Classic as the stepping stone to the rich Gold Coast race for talented filly Champagne Boom.

Champagne Boom won the Debutant Stakes at Caulfield last month before finishing a close third in driving rain in a Group Three race on the undercard to the Melbourne Cup at Flemington on November 6.

Senior Lindsay Park trainer David Hayes confirmed the Wyong Magic Millions on December 12 was the planned next step for Champagne Boom ahead of the $2 million Magic Millions Classic (1200m) at the Gold Coast the following month.

The stable won the 1100m-race at Wyong with another filly, Madeenaty, two years ago before she finished third in the Gold Coast feature won by Houtzen.

“She will go to Wyong and then come back home for a while and then just hopefully fly up for the race at the Gold Coast,” Hayes said.

“She won like a good horse on debut and then if it was 50 yards further she would have won again. She still ran well.”

Champagne Boom is one of the main contenders from Lindsay Park for the Gold Coast Magic Millions Classic.

“She should be our number one and probably Sebrakate, who has had two wins and a second,” Hayes said.

“And then we’ve got one going into the Ballarat Clockwise Classic next week, Ancestry.

“He trialled well there at Ballarat the other day. So he will be on trial for a trip.”

Sebrakate won twice in Adelaide last month before finishing second in a race at Rosehill last weekend, while Ancestry finished fifth in the Debutant Stakes.