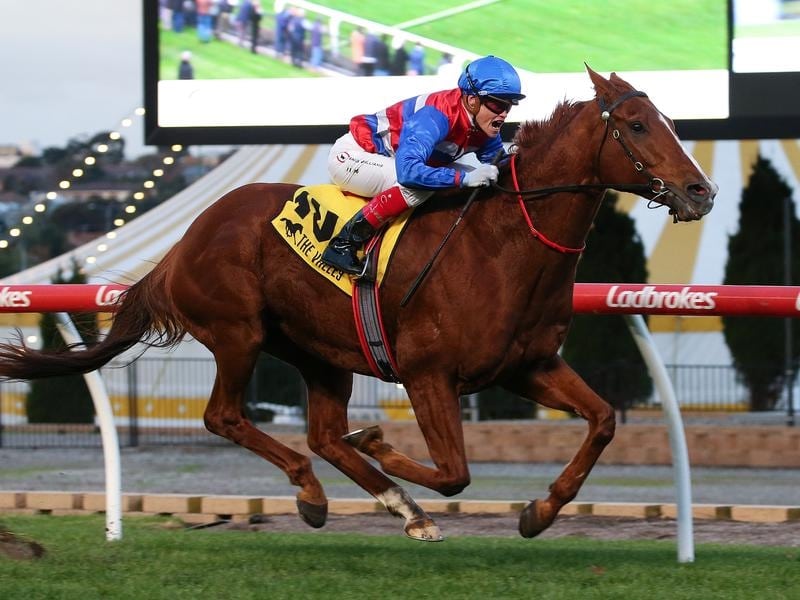 Having put a space on his rivals at his most recent start, Magic Consol will now try to break his Flemington duck in the Listed Winter Championship Final.

The eight-year-old gelding turned in a career-best win in the Travis Harrison Cup (1600m) at Moonee Valley on June 16, scoring by seven lengths.

“He’s going in as good. I wish it was at Moonee Valley, but we’ll try to overcome it at Flemington.”

Magic Consol has not won in six previous starts at Flemington which is a concern for the trainer.

“He’s good at the Valley. He can gallop on the turn and the short straight helps him,” he said.

Preusker flagged the prospect of trying different tactics from previous attempts depending on the barrier draws for Saturday.

“Hopefully we get the right draw and try it a little bit different,” he said.

Magic Consol had been beaten in a photo finish to the Travis Harrison Cup in 2017 and Preusker believed he had the gelding at his best for this year’s race so he was confident of a good showing last start.

“I never thought he would win a race like that but once he drew out and was going to get a soft run off them he can be quite effective,” he said.

“But you don’t think you’re ever going to win a race like that.”

Magic Consol was placed twice at Flemington in the winter of 2016 including at his only attempt over the Flemington 1600m in the Provincial Plate.

He has raced there twice this preparation including three starts ago when fourth over 1800m.

Preusker said the gelding had trained on “super” since his Valley win.

“Once again I’ll be taking him there in his best order, I think, so it will be very interesting this time,” he said.

“Hopefully it all pans out for us.”

The trainer has I Am Someone nominated for Saturday’s A R Creswick Series Final which is set to feature Nature Strip.

I Am Someone was 4-1/2-lengths second to Nature Strip last start.

“You’re probably hoping Nature Strip doesn’t turn up on his game,” he said.

The trainer is yet to decide if Bling Dynasty runs in the Country Cup Final over 2000m or waits for a race the following week.