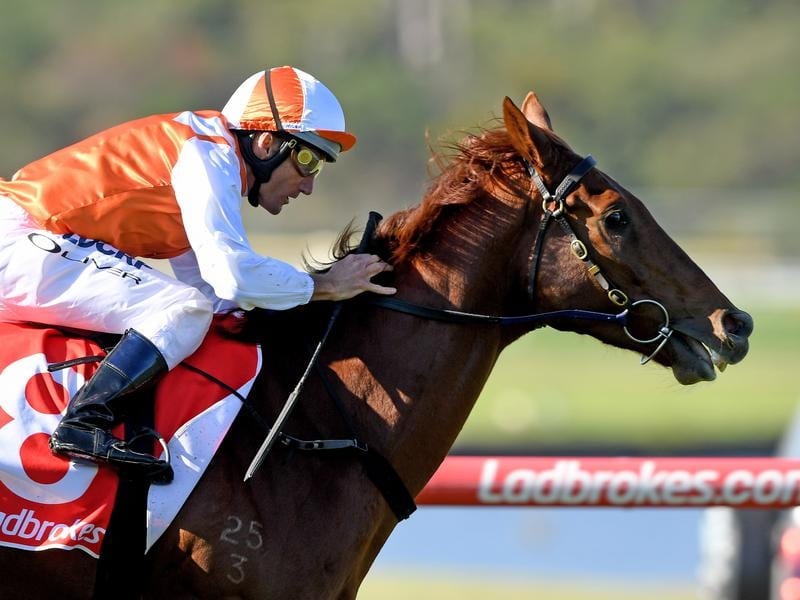 With the major spring carnival races over, connections of Lycurgus are looking for the stayer to come to the fore in a couple of lucrative country Cups.

The Danny O’Brien-trained Lycurgus will run in Saturday’s $350,000 Ballarat Cup (2200m) at the third start of his campaign and stable representative Matt Harrington believes the five-year-old is in the right form to give the race a shake.

“The Ballarat and Pakenham Cups have been his aims,” Harrington said.

“We thought we’d get him up and going and when all the other horses in the spring have gone for spells we’d go to those races and then that can help his rating to hopefully go to better races in the autumn.

“We can’t be any happier with him leading into it. We just don’t want it too wet.

“His best form is on firmer going.

“We wouldn’t swap him for any other horse in the race.”

Lycurgus resumed in the Group Two Crystal Mile at weight-for-age over 1600m and finished ninth of the 10 runners over an unsuitable distance before looming up to win a 2000m benchmark-90 at Flemington last Saturday week before finishing third to Top Prospect.

“He probably had to go a bit early at Flemington and he just peaked on his run the last 100 metres but was only beaten a length and his second-up record isn’t super,” Harrington said.

“So he’s in really good form and hopefully Saturday can be his day.”

The stable also has two-year-old filly Absolute Flirt making her debut in the $200,000 Magic Millions 2YO Clockwise Classic, run in the opposite direction from other Victorian races to get horses ready for the right-handed track at the Gold Coast where the Magic Millions is held.

“It’s a bit of a lottery with those horses all going that way of going for the first time, but we’re excited by it,” Harrington said.

“She’s definitely got a lot of ability and hopefully she can put it together on race day.

“We’ve gone right-handed once with her in a jump-out and she’s improved a lot since then so we’re just looking forward to seeing how she goes.

“If she was to run well we’d definitely consider going up to the Gold Coast for the Magic Millions. It’s just a matter of seeing how that plays out.”