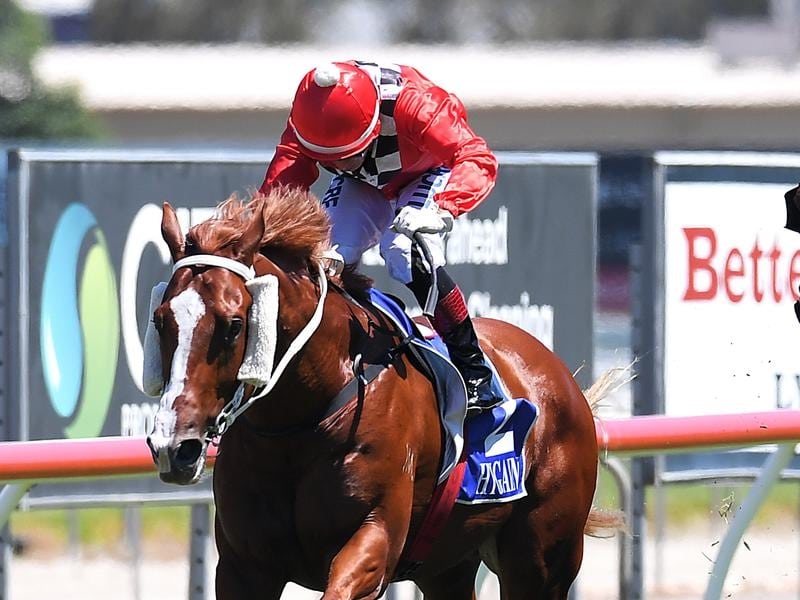 As a former footballer, Chris Anderson knows all about the ups and downs in sport.

Anderson is hoping the wheel of fortune will turn to the lucky side when his three-year-old Mishani Bullitt runs at the Sunshine Coast on Saturday.

Mishani Bullitt returns to the scene of his best run of the winter when he tackles the Group Three Sunshine Coast Guineas (1600m).

The gelding labelled himself as a likely winter carnival horse when he stormed home from near last to win at Caloundra on April 14.

In his four runs since, Mishani Bullitt has had a run of bad luck culminating in a sixth, beaten three lengths, in the Group Two Queensland Guineas (1600m) on June 9.

Anderson said there was no doubt Mishani Bullitt should have finished much close to the winner Sambro.

“I know all trainers talk about their horses having bad luck but Mishani Bullitt really has had a run of it,” Anderson said.

“He was caught deep from a bad barrier in the Queensland Guineas. (Jockey) Bob El Issa had no choice but to go forward and the horse raced away to a four lengths lead.”

“Mishani Bullitt had to stop and he did at the 200 metres but he fought on well.”

Anderson said Mishani Bullitt had a good winter but it could have been so much better.

“He was stakes placed twice in the (Listed) Queensland Day Handicap and the (Group Three) Fred Best Classic,” Anderson said.

“The Sunshine Coast Guineas is always a tough race but it is a step back in class. He really does deserve a win in a stakes race.”

Win, lose or draw Mishani Bullitt will go for a spell after Saturday’s race.

“The Magic Millions carnival is one option but there are plenty of races around for him here and interstate later in the year,” Anderson added.

Anderson was a talented player at one of Australia’s great rugby union nurseries Nudgee College and later with Brisbane’s Brothers club.

“Sport can often revolve around having some luck and hopefully on Saturday it will be out turn,” he said.