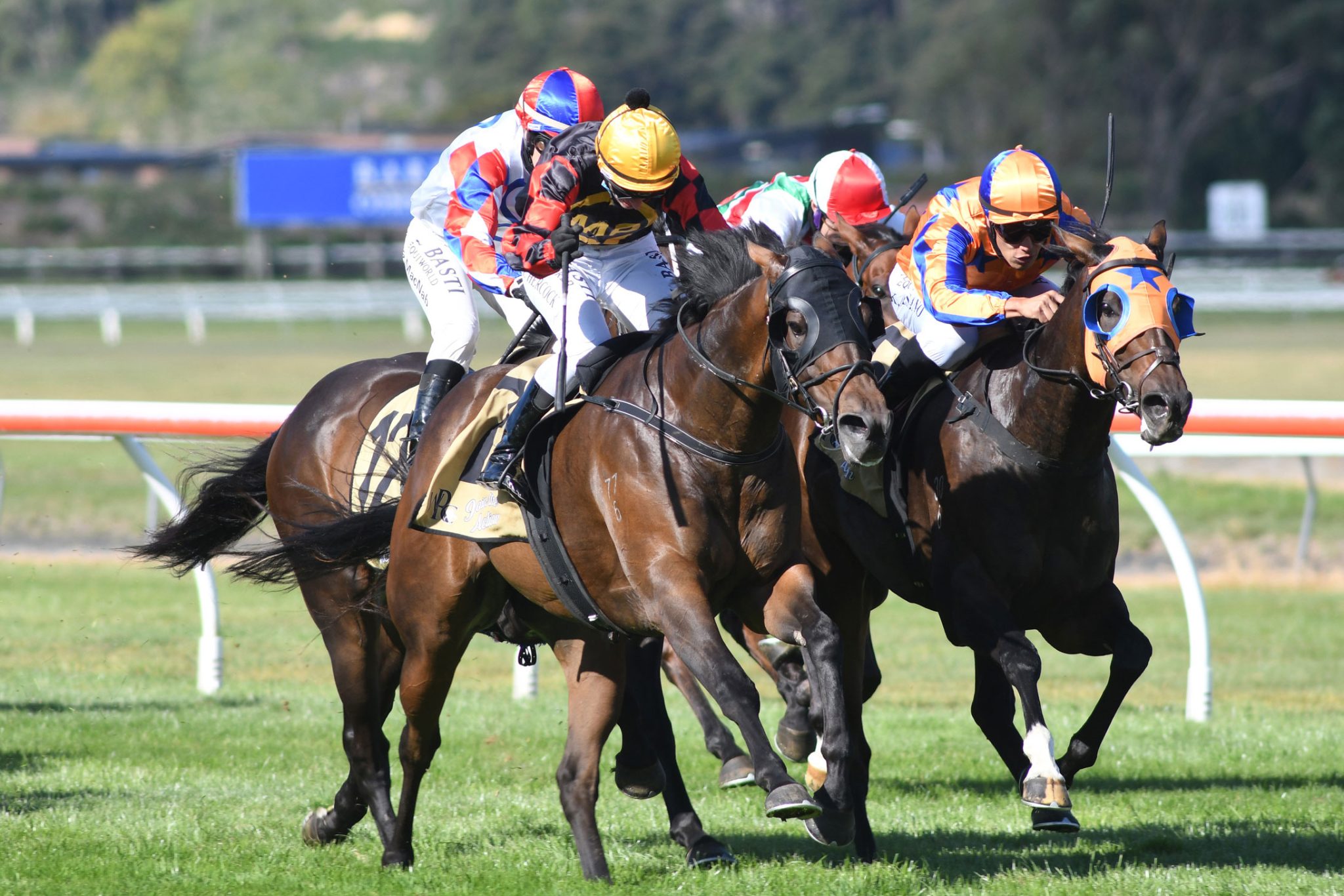 Underrated sprinter Can I Get An Amen justified some inspired support at Trentham on Saturday when she captured the Listed Race A Horse With Te Akau NZ’s No. 1 Stable Lightning Handicap (1200m).

The Guy Lowry and Grant Cullen-trained five-year-old brought an impeccable form reference into the race having finished fourth behind Levante and Roch ‘N’ Horse in the Group 1 Telegraph (1200m) at the venue back in January.

Rider Kate Hercock had her positioned handily off the rail behind the pacemakers before angling into the centre of the track to make her challenge.

Can I Get An Amen joined issue at the 250m and in a driving finish defeated Burgundy Rose and the late closing Cavallo Veloce to take the victory.

Lowry had been expecting a good showing as the mare had performed well in a fresh state in the past, although he acknowledged the weight of expectations given the mare’s lead-up form.

“There was a little bit of pressure,” he said.

“She has won well and it is nice to get black type with these very valuable mares, so we are very happy.

“Eventually she will probably go to Australia to try and get some black type over there, but it’s nice to get it here in this race.”

Hercock acknowledged some valuable assistance from fellow rider Danielle Johnson, who is recovering from a broken leg suffered at Ellerslie on New Year’s day, before the race with Johnson having been aboard Can I Get An Amen in two of her three previous wins.

“I was really lucky today as on the way to the races I rang Danielle Johnson and spoke to her about a couple of my rides, so thanks Dani,” she said.

“She actually travelled a lot keener than I thought she would as during her jumpouts and trials she settles nicely, but she was really keen and when I got to the top of the straight I thought I might have gone a bit soon.

“She just wouldn’t lie down though.”

Bred and co-owned by Milan Park principal Tony Rider, Can I Get An Amen is out of stakes winning mare Brianna, who also finished third in the Group 1 Railway Handicap (1200m), and has now won four races and over NZD$100,000 in prizemoney.

There was sensation late in the race when the Chrissy Bambry-trained Scotch lost rider Sarah Macnab as she attempted a run between Can I Get An Amen and Burgundy Rose at the 75m mark.

Macnab was immediately attended by paramedics and was conscious and talking as she was transferred to hospital by ambulance for further assessment on a potential shoulder injury.