Lost And Running looking for redemption at Randwick 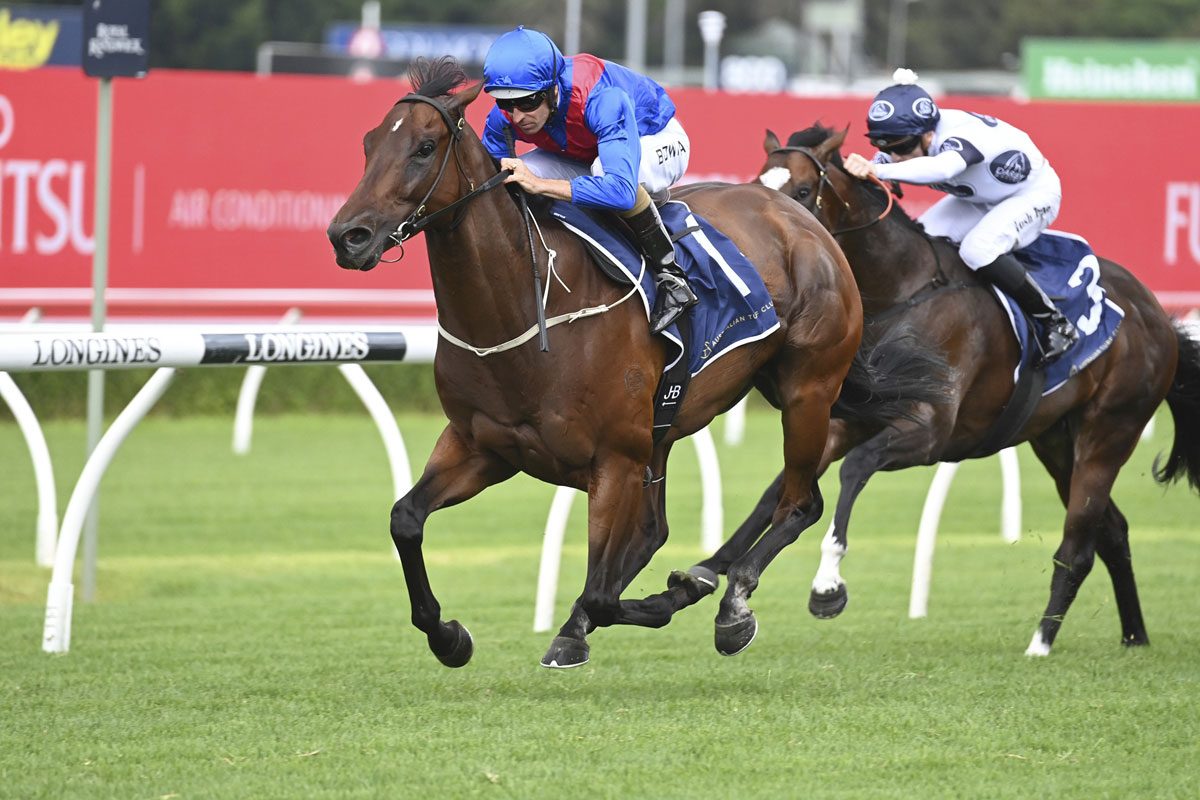 Lost And Running will be seeking redemption in the Group 2 Shorts (1100m) at Randwick on Saturday, where he will be ridden by regular rider Hugh Bowman.

The Per Incanto gelding tailed the field home first-up last year before he went on to run fourth in the Group 2 Premier Stakes (1200m) and AUD$15 million The Everest (1200m).

Trainer John O’Shea believes the six-year-old is a lot more forward in his preparation this year and is expecting an improved result.

“It is a strong race but we are really happy with him. I think he will give a good account of himself,” O’Shea said.

“As long as he runs a bit better than last year, which wouldn’t be hard, we think he is going along nicely.

“He is a lot further forward and he is a lot more seasoned. He is executing significantly better in terms of what he does during the race.

“He was always a little keen in the early part of his career, but he is just dropping his head nicely.

“From that draw (barrier 6) he should be able to give him a lovely run. If he was hitting the line strongly in what is going to be a very fast run race, we will be more than happy.”

While O’Shea is expecting a good showing from Lost And Running, he believes it will be a tough ask to win first-up against a quality line-up, which includes Royal Ascot winner Nature Strip and last start Group 3 Concorde Stakes (1000m) winner Eduardo.

“I think they (Nature Strip and Eduardo) have got his measure at five and a half (furlongs, 1100m), particularly if they are at the top of their game,” he said.

“I think the fact that Eduardo has had a run and Nature Strip has come off a pretty short summer, they should be nice and forward. I think they will take a bit of catching on Saturday.

“Once we are third up into the Everest, in a high pressure race, we have got to make up about three lengths on last season. Hopefully we have improved a little and they are getting a bit older.”

Lost And Running was bred by JML Bloodstock’s Lib Petagna and raised at Blandford Lodge in Matamata.

Petagna retains an interest in the impressive galloper, who races in the colours of Carl Holt, with partners including Frank and Christine Cook and O’Shea’s wife Isabel.