Lor’s Dream for rain ahead of season’s final major 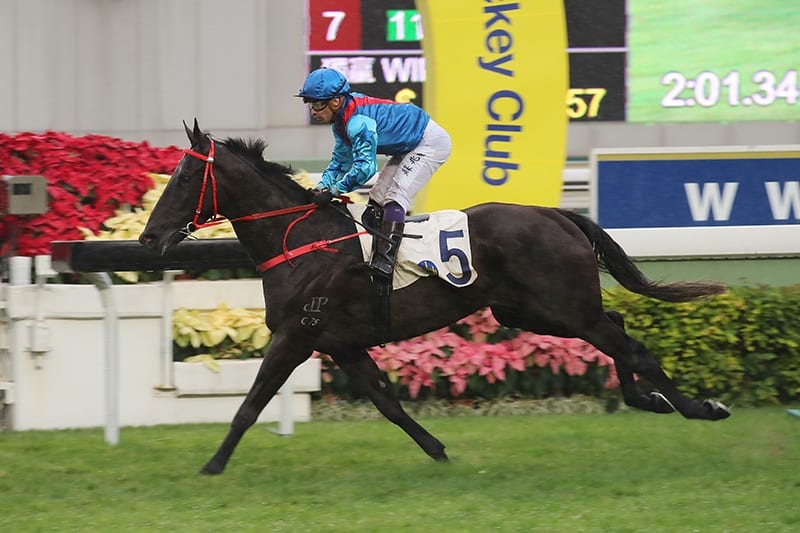 Frankie Lor is hoping Friday’s rain continues to fall as forecasted through to Sunday’s (26 May) twelfth and final Group 1 of the 2018/19 season, the Standard Chartered Champions & Chater Cup (2400m).

“Both are in good condition, if the rain continues it should be better for Dark Dream,” said Lor.

Frankie Lor prepares Glorious Forever and Dark Dream in Sunday’s race and the handler is hoping the forecasted rain dampens the track for Dark Dream, as the four-year-old aims to bounce back from a sub-par seventh in the Group 1 QEII Cup (2000m) behind Win Bright.

“I think it should be better for him, the rain and the step up in distance,” Lor said.

Dark Dream’s 2018 Queensland Derby (2200m) triumph in Australia came on a Heavy rated track and his handler is hoping the Hong Kong Observatory’s forecast of weekend rain provides a similar surface for Dark Dream on Sunday.

Dark Dream is one of four in the field including his stablemate who is untried over 2400m and while Frankie Lor expects rain to aid the son of All American, he expects the same from the added distance.

“I think it’ll be no problem, he stayed 2200m in the Queensland Derby,” the handler said.

Dark Dream proved his worth on the rain-affected ground when scoring his first Hong Kong win in the Class 2 Long Ke Handicap (2000m) last December.

Silvestre de Sousa drove the gelding to a four and a half-length victory that day following an afternoon downpour which softened the surface.

James McDonald will partner the gelding as he makes the unknown leap to 2400m, but Lor is mindful of the gelding’s brother and noted frontrunner, Time Warp.

“I think for me he’s still ok over 2400m, his brother (Time Warp) is in the same race, we need to see where we will settle,” the handler said.

Glorious Forever and his full brother Time Warp regularly roll forward to the front to contest the lead together; the former got the better of his sibling in the 2018 Hong Kong Cup, after the duo famously sat 1-2 throughout the race.

Lor hinted the five-year-old’s tactics will depend on how the race takes shape.

“I think the time will be fast. I don’t want him to pull too hard, sometimes it isn’t good for the horse and I just want him to be comfortable,” said Lor.

This day last year, Glorious Forever at only his second start in Hong Kong finished second to Consort at 74/1 by a nose in an 1800m Class 3, and since then both horse and trainer have come a long way.

Group 1 success followed for both horse and trainer and in just his second season, Lor is only seven wins behind his former boss John Size, as the race to be crowned Hong Kong’s Champion Trainer begins to heat up.

“I’ll continue to try my best, I still have some more (horses) to come,” said Lor.