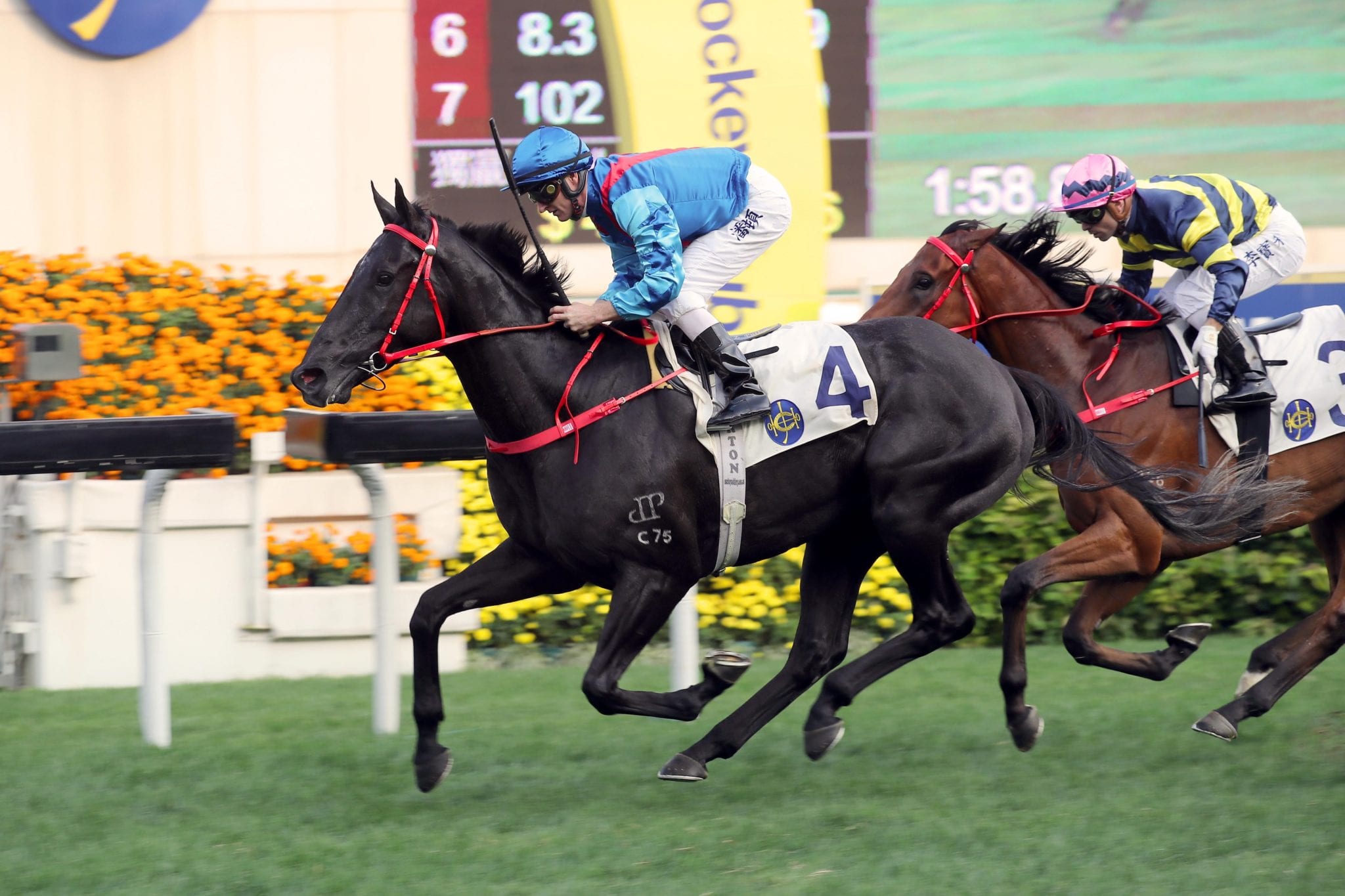 Furore (113lb) was Hong Kong’s standout four-year-old last term thanks to wins in the BMW Hong Kong Derby (2000m) and Hong Kong Classic Mile (1600m), while Dark Dream (118lb) was not far behind, posting close-up finishes in the three Classic Series contests and ending the campaign with a fine third in the Group 1 Champions & Chater Cup (2400m).

Both are being pitched towards December’s LONGINES Hong Kong International Races, and Lor is leaning towards his Derby winner this weekend.

“I think Furore should be a little bit fitter than Dark Dream, because he has had one run already this season,” he said.

Furore stepped out for the season four weeks ago in the Group 3 Celebration Cup Handicap. The New Zealand-bred finished fifth behind Beauty Generation, who set a new track record over 1400m at Sha Tin.

“The 1400 metres was a little bit short for him but he sat very close to the pace and in the straight you can see he didn’t really finish – this time I will ask Karis (Teetan) to settle him midfield as I think he has a strong finish,” the handler said.

Teetan will be aboard Furore for the first time. The Mauritian is eager for Sunday’s test but is under no illusion about the challenge the opposition will pose.

“I’ve watched his races – he looked pretty impressive in his trial last week and I’m looking forward to riding him,” Teetan said.

“It’s a very strong race, it could be a Group 1 race with all the Group 1 winners in there but he comes in with a light weight, which should be a big advantage to him,” Teetan said.

Furore, who breaks from barrier eight, stepped out for a final tune-up in a 1200m dirt trial last week at Sha Tin (24 October), striding out under Keith Yeung to cross the line in first.

“I tried to put Karis (Teetan) on in the trial but he was suspended and he went on holiday for a few days, that’s why I put Keith Yeung on and he was happy and said the horse was good for him in the trial,” Lor said.

The handler believes it “should be suitable”, more so than the Group 1 LONGINES Hong Kong Mile (1600m) for which the Pierro gelding holds a second option.

Meanwhile, the 2018 Group 1 Queensland Derby-winning Dark Dream returns to action aiming to build on a promising, albeit slightly unfulfilled, four-year-old season, which saw him register two wins as well as his Group 1 placing.

“He looks ok, I’ve given him two trials and he trialled good. Later on I think this horse will be a stayer but I still need to give him one run – he is at least 80 percent fit,” Lor said.

The All American gelding will jump from gate two with a familiar partner in Joao Moreira on his back, but this time he will wear a new piece of gear.

“This time we put the cheek pieces on him, he looks better – 1800 metres is a little bit short so this is just to make him concentrate more and he wore them in the trial,” Lor said.

Moreira has partnered Dark Dream in both of his trials this term.

“I wasn’t very impressed with his first trial, I was quite disappointed to be honest, so I expressed that to Frankie (Lor) and he changed a few different things with him – his last trial was much better,” Moreira said.

“I feel like he is more of a stayer but we have to start off somewhere and 1800 metres fresh is probably what he needs.

“He’s a very good horse,” he continued. “It’s just a matter of time until he shows the best of himself to us – I don’t think we’ve seen the best of him yet.”