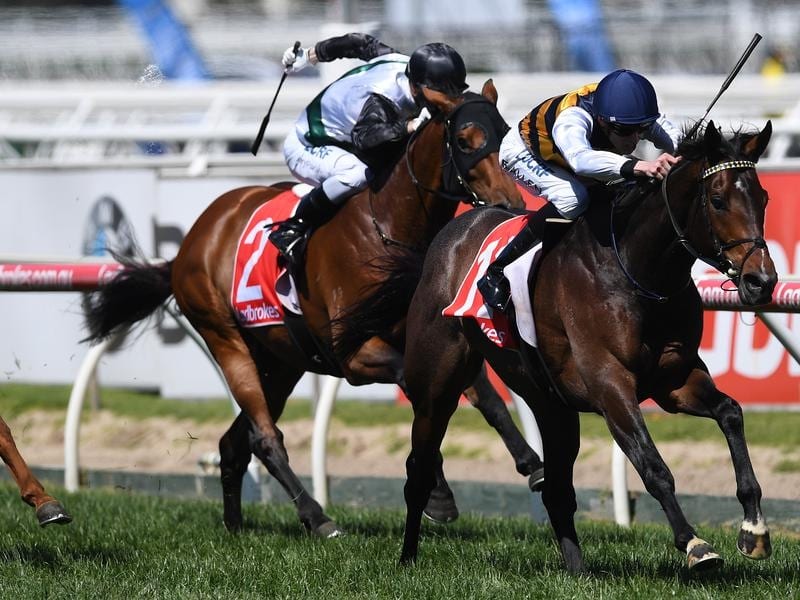 Trainer Archie Alexander hopes to end a spring of frustration on a bright note when Lord Fandango starts in the Zipping Classic at Sandown.

Alexander’s spring was dealt an early blow when a case of strangles quarantined his stable and he couldn’t start a horse for three weeks.

He was playing catch up through the spring until hitting another hurdle at Flemington last Saturday.

Alexander had Lord Fandango set for the Queen Elizabeth Stakes and was confident the stayer would make a race of it.

However an hour before start time Lord Fandango was suffered a bout of colic forcing his withdrawal from the race.

Alexander explained colic, a tummy ache in human terms, is easily detected if you know what you’re looking for.

“Whereas humans can use their hands to rub the pain or bend over, in a horse you can see they’re not happy, poring at the ground and swishing their tail,” Alexander said.

“When you’ve seen a few of them you pretty much know straight away the symptoms.

“On Sunday morning he did full exercise and was fine after eating everything Saturday night.”

Alexander can’t explain what brought on the attack as he didn’t stray from his normal raceday routine.

“Everyone of our runners gets the same breakfast on race day so I don’t know why on race day he decided to be different,” Alexander said.

“The main thing is he’s OK and we’re in again.”

Lord Fandango hasn’t won since the 2017 Herbert Power Stakes which secured a Caulfield Cup berth where he finished fourth to Boom Time.

Following a delayed spring start Lord Fandango is lining up for his fourth outing of his preparation and was a last-start fourth to Red Alto in the Bendigo Cup on October 31.

“The mile-and-a-half on a big track and a small field will suit him really well,” Alexander said.

“If the rain stays away that will also be good.”

Lloyd and Nick Williams, who raced Zipping, have The Taj Mahal and Sir Isaac Newton engaged while Melbourne Cup runners Who Shot Thebarman and Ventura Storm will also line up.