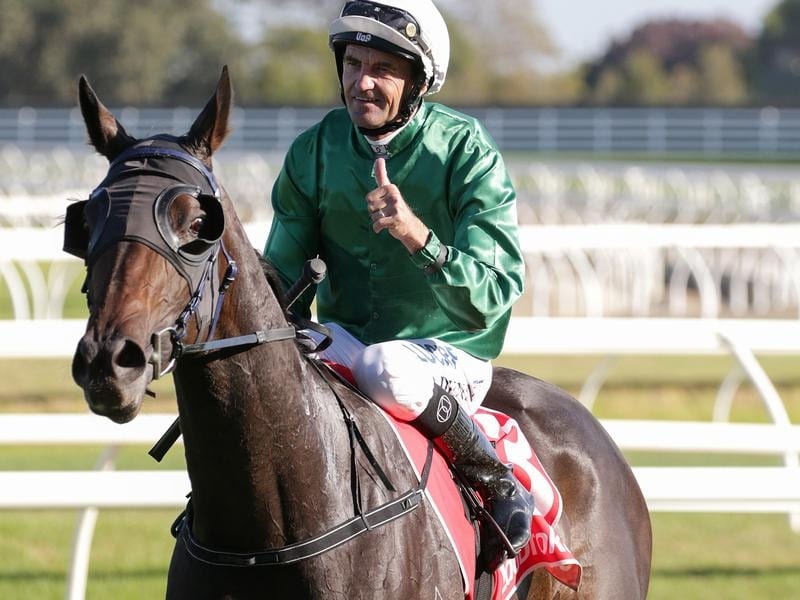 Graceful Storm has defied her long price to charge home and claim a strong victory at Caulfield.

Easing in the betting from $51 to $61, Graceful Storm came from the second half of the field to claim Saturday’s Geoff Murphy Handicap (1100).

Ridden by Dwayne Dunn, Graceful Storm overpowered Thrillster ($5) to win by a long head with Thine Is The Power ($8.50) a length away third.

Trainer John Moloney said while the filly’s form looked moderate she had been performing better than what it indicated.

“She didn’t come up in the spring. She wasn’t in order and her coat was off,” Moloney said.

“Then she ran well first-up, running good sectionals, then we didn’t get the sectionals last time because the data wasn’t working, but if they had it would have shown she ran pretty well.

“We came here today with expectations of her running pretty well.”

Saturday’s victory was Graceful Storm’s first since December 2017 at Sandown and Moloney said the stable was likely to look to a tougher test for her next start.

“We could have dodged this race and gone to a benchmark 64 race and then have different ideas, but we have an opinion that she can make it up the grade,” Moloney said.

“We couldn’t dismiss her off her first two runs although others may have.

“Now we could try a stakes race with her.

“She’s won a Saturday race here and at Sandown, so if we can find the right race over in Adelaide to have a go at, then that’s what we might do.”