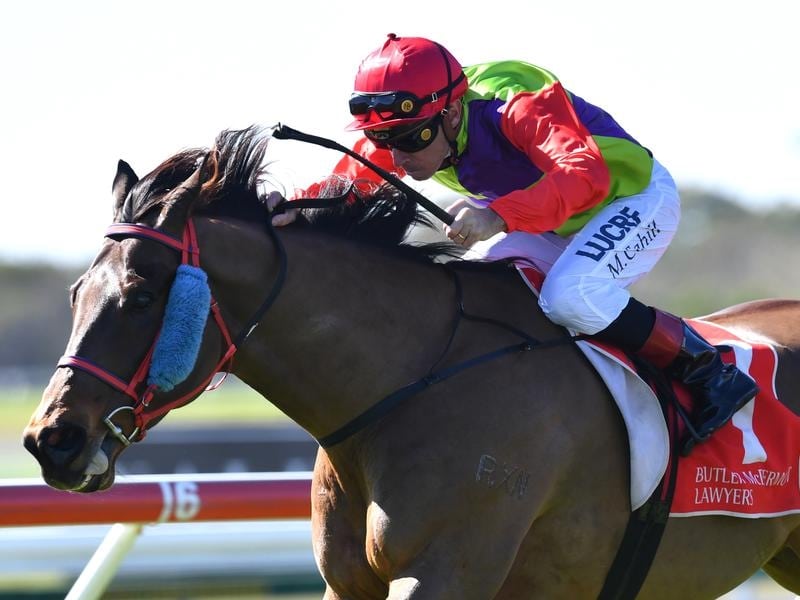 Yaba Dabyl Doya will tackle Saturday’s Marcoola Surf Club Handicap (1400m) over the the same course that produced his most recent win.

The gelding has failed on smaller tracks at his four runs since but Deacon is hoping a return to the big Sunshine Coast circuit will help.

In his Caloundra win Yaba Dabyl Doya beat the odds-on favourite Privlaka but long-priced winners are nothing new for Deacon.

Many of the long shots have been ridden by Ainsworth, a popular jockey who rides out of the Beaudesert complex where Deacon trains.

She rode four winners at Gatton last week and one of them was for Deacon on $61 chance Argo’s Revenge.

Argo’s Revenge’s only other win was at $81 at Ipswich earlier this year when ridden by Ainsworth.

“Brooke deserves every chance she gets as there is no harder worker,” Deacon said.

In the same race, veteran gelding Spur Le Jouer is a perfect example of the horses for courses adage.

The seven-year-old gelding will be lining up for his 55th career start and his 29th run at the Sunshine Coast.

Spur Le Jouer has been well beaten at his two runs back from a spell but trainer Stuart Kendrick warned those runs should be ignore.

“When he gets up to the 1400 metres around the Sunshine Coast it gives him a chance,” Kendrick said.

“To put it bluntly he just can’t get around Doomben. Even at his last run there he was in all sorts of problems handling the home turn.”

Statistics certainly bolster Kendrick’s view because in his 28 runs at the Sunshine Coast, Spur Le Jouer has produced eight wins and 12 minor placings with a liberal number of fourth-placed finishes.

“In fact all of his wins have been at the Sunshine Coast and you might note six of them have been at 1400 metres,” Kendrick said.

“I just wish we could get a few more metro races for him.”