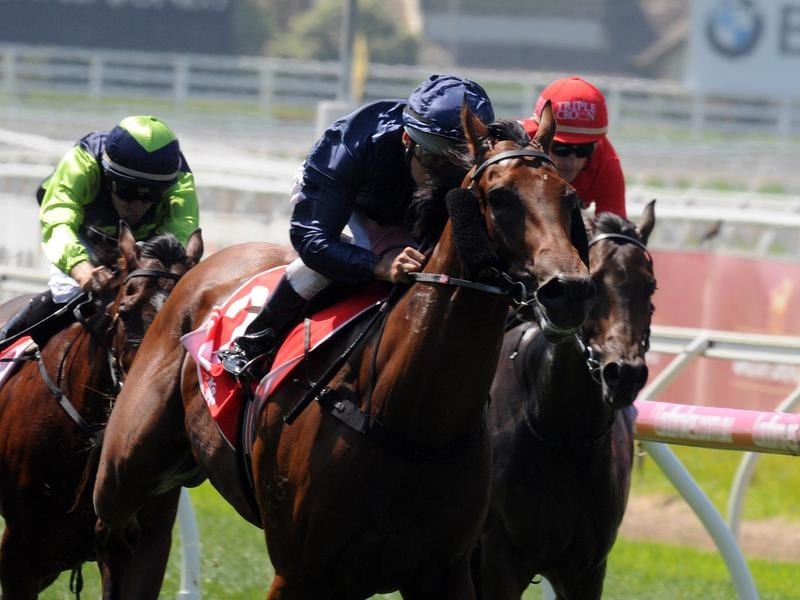 Long Leaf will head to New Zealand’s richest race day to run in the Karaka Million 3YO Classic at Ellerslie.

The meeting for graduates of New Zealand’s Karaka yearling sale features the Karaka Million for two-year-olds and the 3YO Classic which will be run for $1 million for the second time.

In his lead-up to his New Zealand assignment, Long Leaf finished second in a 1400m-race at Flemington on January 1 when he was chased down by Social Spin.

“The race is on the 26th (January) and he’ll leave the week of the race,” co-trainer Tom Dabernig said.

“At the moment we’ve got a flight leaving either on the Tuesday or the Wednesday, and James McDonald is going to ride him.”

The Karaka Million 3YO Classic is over 1600m, the same distance as the Sandown Guineas in which Long Leaf finished third at the end of the Melbourne spring carnival.

“He ran well in the Sandown Guineas and I thought he ran really well at Flemington last start,” Dabernig said.

“We had him wound up but it was a bit of time between runs and going to the mile in New Zealand we thought we would use the race as a good hit-out.”

Lindsay Park considered taking Long Leaf to New Zealand last year for the two-year-old race but decided to target the Group One Blue Diamond Stakes instead.

“It’s always a bit of a risk with travelling, how they are going to take the trip.”

The stable is set to have multiple runners at Saturday’s Magic Millions meeting at the Gold Coast including Champagne Boom, Sebrakate and Movie Role in the Magic Millions 2YO Classic.

“Elicazoom will run in the fillies and mares 1300-metre race and we’re going to accept with Smart Elissim in the Magic Millions Guineas. I don’t know whether he will get a run or not,” Dabernig said.