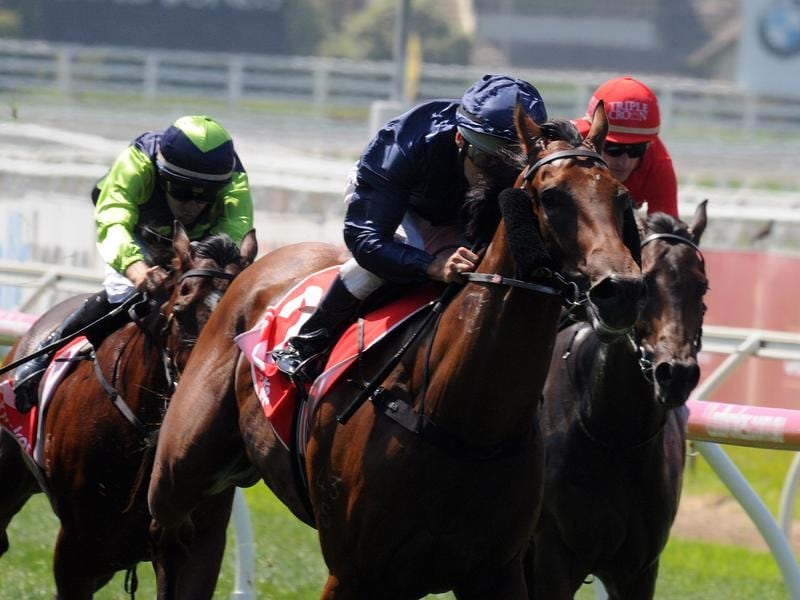 Long Leaf’s family features a host of classy sprinters and connections of the talented colt believe a decision to save him for the stallion-making Coolmore Stud Stakes can be rewarded at Flemington.

Long Leaf is by Coolmore stallion Fastnet Rock who was a star sprinting three-year-old whose record includes three straight-track wins at Flemington highlighted by the Group One Lightning Stakes.

The colt’s dam Frustrating is a daughter of grand producing mare Parfore whose progeny include Group One-winning sprinters Terravista and Tiger Tees.

Another of the late Parfore’s sons Ball Of Muscle is still excelling on the racetrack with three Group-race wins over sprint distances this spring.

Three-year-old Long Leaf burst on the scene last season with a debut win in Adelaide and victories in the Merson Cooper Stakes and Blue Diamond Preview.

But he has not won in seven starts since.

Co-trainers David and Ben Hayes and Tom Dabernig decided not to press on to last month’s Caulfield Guineas (1600m) with Long Leaf after his closing third in the 1400m Prelude, preferring to wait for Saturday’s $1 million Coolmore for three-year-olds over the straight 1200m.

“I think it was a good decision not to run him in the Caulfield Guineas. I don’t think we would have beaten Chris Waller’s horse The Autumn Sun, and he’s freshened up excellent,” Ben Hayes said.

“He’s actually looking a lot stronger over the bum and he’s put on good condition.”

Hayes was thrilled with how Long Leaf performed in a straight-track jump-out at Flemington last Friday which was won by Written By and also featured other Coolmore contenders Zousain, Lean Mean Machine, and Paquirri.

“I think he was going as good as all of them,” Hayes said.

“So I really like him. He’s a good each-way chance.

“It’s a big race to win. It’s worth a lot more than the prize money if you’re a colt.”