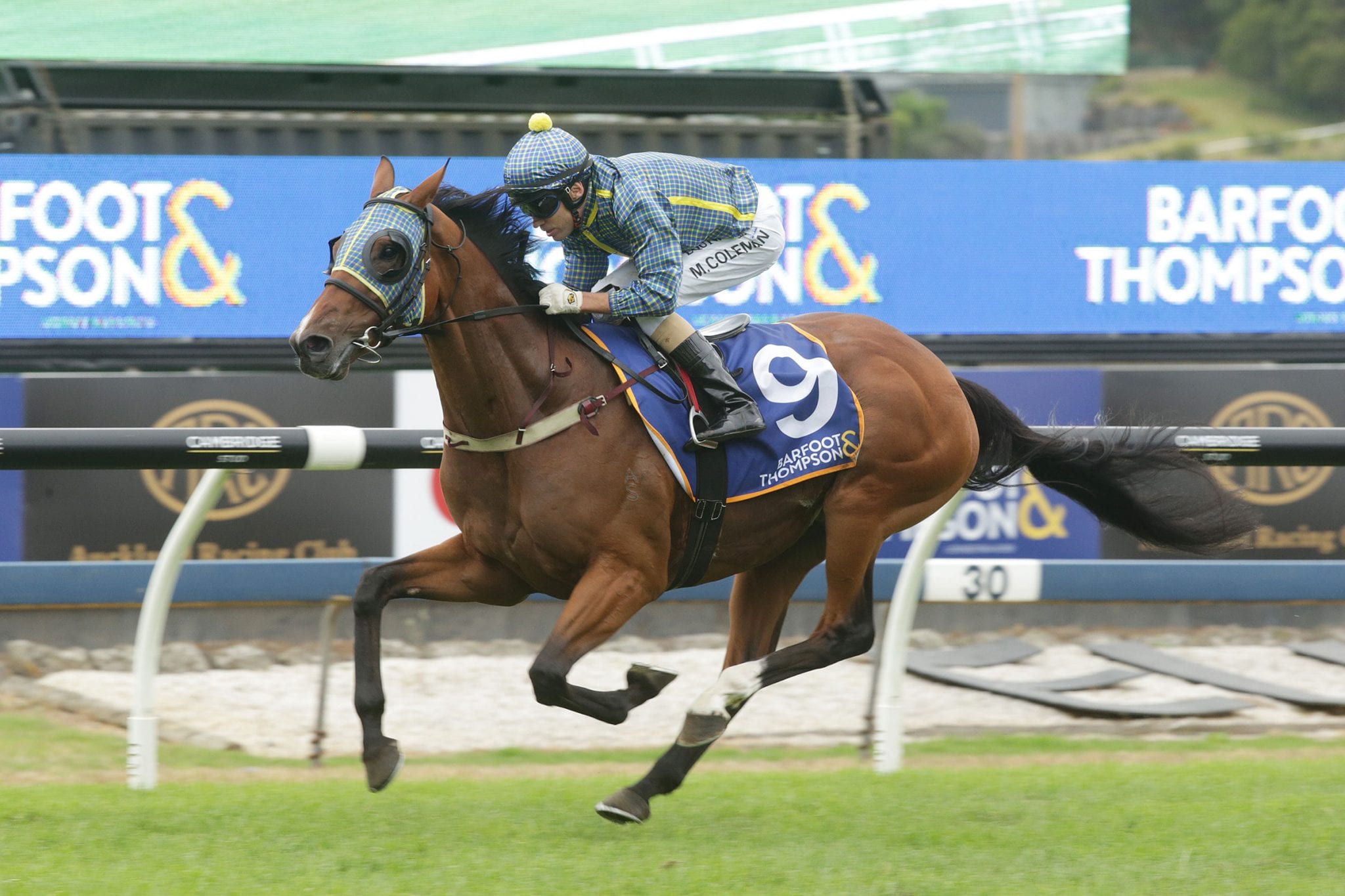 Progressive Roger James and Robert Wellwood-trained stayer London Banker is primed for the Listed Ricoh Feilding Gold Cup (2100m) at Awapuni on Saturday. The patiently-handled son of Tavistock is a five-year-old but is the young buck in a field of veterans which includes the ageless 11-year-old Sampson.

After two runs over a mile this campaign for a third and a fourth, London Banker will carry 53kgs and has the services of leading hoop Danielle Johnson as he steps up to his proffered middle distance. “He gets in at a nice weight, albeit it’s not quite a true handicap,” Wellwood said.

“We are looking forward to seeing him up over ground in time. “He won three in a row over 2100m last preparation so I would say that is his pet distance. We are just expecting a nice solid run, but he is going to keep improving over the spring and the summer into those Cup races. “I thought it was a really good run at Hawke’s Bay last start. He sprinted and looked like he was going to go past them, but the mile was just a bit sharp for him. It improved him fitness wise and he should be pretty spot on stepping up over ground.”

The winner of four of his 12 lifetime starts, Wellwood is confident London Banker will reward connections for their patient approach. “He has been weak his whole life and we have been fortunate that his owners have been patient with him and we have just developed him in the last couple of seasons,” he said. “We always knew he had a bit of ability and it is a bit easier to be patient when you know they have ability up their sleeve.”

The Group 3 Counties Cup (2100m) looks a logical next target for London Banker, who shapes as a nice staying prospect over the summer months.

The Cambridge trainers will have first-starter Encantador as their sole representative at Pukekohe on Saturday, contesting the Malcolm Wrigley Insurance 1300, with Vinnie Colgan, who is back from neck surgery, to ride. “He is a nice horse that has taken a little bit to do everything right. He was purchased in partnership with Bevan Smith Bloodstock and it is exciting to have our first horse heading to the races,” Wellwood said.

“He has trialled nicely and is a bit green, but we will look forward to a good solid run and he will only improve. “It’s brilliant to have Vinnie back. I don’t think anyone realised how much pain he was in riding with his neck the way it was but he has been riding a fair bit of trackwork and he has been in a good frame of mind and I think he will be a force to be reckoned with this season.”

The stable has enjoyed a good run of form with four-year-old Monlula catching the eye when closing well at Te Aroha on Wednesday to win over 1600m. “He is in a very similar boat to London Banker. We will just chip away early this preparation and let him run through the grades, but I think he is a real genuine stayer,” Wellwood said.

“I would be very surprised if he doesn’t see out two miles. It was a great win yesterday to come off the speed and win dominantly.”

Wellwood reports that quality four-year-old Two Illicit has enjoyed ten days in the paddock following her fifth placing in the Group 1 Livamol Classic (2040m) behind Melody Belle. “We will sit down with Brent and Cherry Taylor (owners) in the next week or so and dot out a plan. I really think she is going to come back a bigger stronger horse in the autumn as typically these three-year-olds fillies turning four do,” he said. “We will just give her a bit of time and see her back in the autumn.”