Locals Out To Repel International Raiders 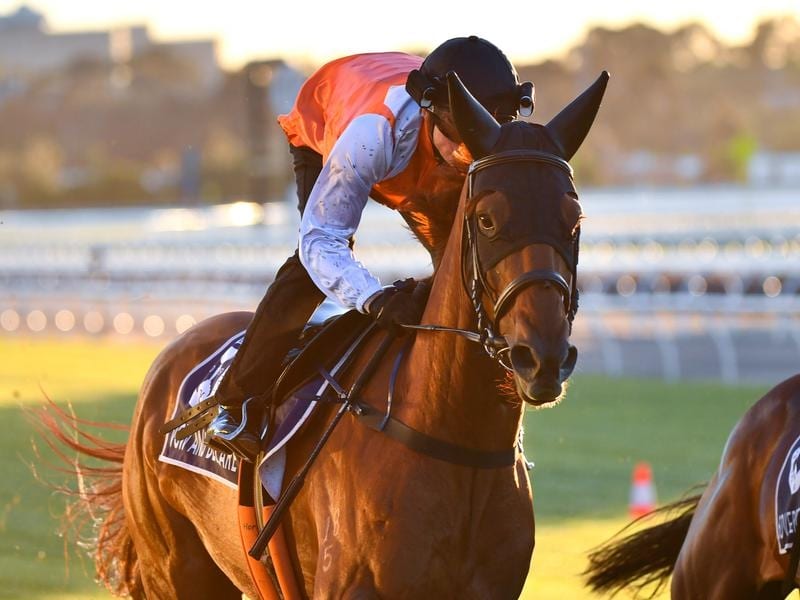 A handful of Australian trainers will bid to repel one of the strongest international challenges in a Melbourne Cup but ironically, the majority will do so with overseas-bred horses.

Australian trainers will saddle up half the 24 Melbourne Cup runners.

Of those, only three – Vow And Declare, Youngstar and Surprise Baby – have done all their racing locally.

Danny O’Brien, trainer of Vow And Declare, is hoping his horse can buck the recent internationalisation of the race on Tuesday and give the local industry a boost.

“Every part of him is Australian.

“It would be nice to turn the tide back a little bit on what’s been going on for the last decade and show we’ve still the ability to have a Melbourne Cup horse born, bred and trained in Australia.”

Vow And Declare has been given a familiar Cup build up, finishing fourth in the Turnbull Stakes and runner-up to Japanese Mer De Glace in the Caulfield Cup.

But his longer-term preparation has been less traditional.

After a Queensland winter campaign yielding a Derby and Tatt’s Cup victory, O’Brien opted not to spell Vow And Declare, instead using a more European philosophy.

“I guess it’s a more similar preparation to what the European horses have,” O’Brien said.

“They race through their summer there in June, July, August and get down here with that residual fitness.

“We didn’t really want to stop with him after Queensland, he was in great form then so we just kept going.”

Vow And Declare will be ridden by Craig Williams who is bidding to join an elite group of seven jockeys to have ridden the winners of the big four races in Australia – the Golden Slipper, Cox Plate and Caulfield and Melbourne Cups.

Chris Waller was born in New Zealand but has adopted Australia as home and he will have two runners, Youngstar and Finche, as he strives for his first Cup win.

The man who guided the career of the incomparable Winx has broken all sorts of training records and recently became the first Australian trainer to win four Group One races on a single afternoon.

Finche is the more favoured of the two and the horse that has the stable most bullish.

The French import was fourth in the race 12 months ago, missed the autumn and has enjoyed a full local build-up to Tuesday.

Waller’s stable representative Charlie Duckworth feels Finche goes into the race at the top of his game with the added bonus of experienced jockey Kerrin McEvoy, who has three Cup wins aboard Brew (2000), Almandin (2016) and Cross Counter last year.

“Finche has basically been faultless all the way through,” Duckworth said.

It will be David Hayes’ final Cup before he moves back to Hong Kong to take up a training tenure and while Constantinople is a clear top pick, the team is happy with all three.

“We’re really happy with them all. They all seem healthy and well and they’re going nicely,” co-trainer Ben Hayes said.