Vow And Declare On Target For Cup Tilt 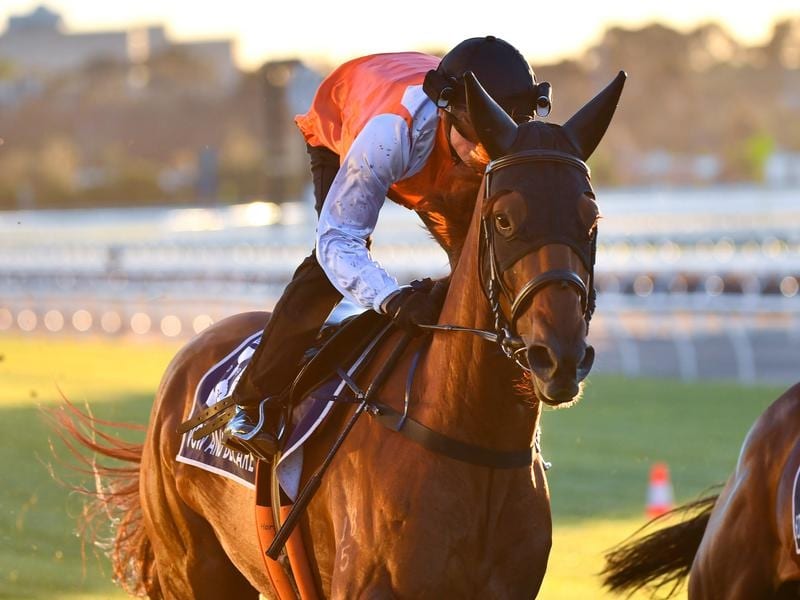 Vow And Declare is now assured a start in the Melbourne Cup and his trainer Danny O’Brien believes the promising young stayer has had a faultless build-up.

Four-year-old Vow And Declare finished second in the $5 million Caulfield Cup (2400m) at his most recent start and moved to 30th in the Melbourne Cup ballot after that run.

With further attrition in the past week, Vow And Declare is now 22nd in the latest order of entry released on Monday which puts him safely in the top 24 ahead of Saturday’s acceptances for next Tuesday’s $8 million Melbourne Cup (3200m).

“It’s really nice to knock that over early in the week rather than sweat all week and potentially have to run on Derby Day which was not going to be our first choice,” O’Brien said.

“It’s really good that it’s fallen into place for him and he’s in the race.

“I think historically he was always more likely than not to make the field.

“The horses at six kilos under weight for age have historically got in.

“The attrition rate obviously gets stronger the last two weeks and we were reasonably confident the way Greg (Carpenter) weighted him at the start of the spring that he would get into the race, and it’s proven right.

“He’s going to breeze into the race and there’s still potentially a few more that might come out.”

Vow And Declare has 52kg in the Melbourne Cup and will be ridden by Craig Williams who is striving to win the race for the first time.

The four-year-old stayer continued his Cup preparation with a course proper gallop at Flemington on Tuesday over 1600m.

“They ran quite slick sectionals the last 400 and 200 metres and he pulled up very well from it,” O’Brien said.

“The horse has taken improvement from the Caulfield Cup and he’s as good as we can have him for next Tuesday.”