Liqueuro does it tough at Caulfield 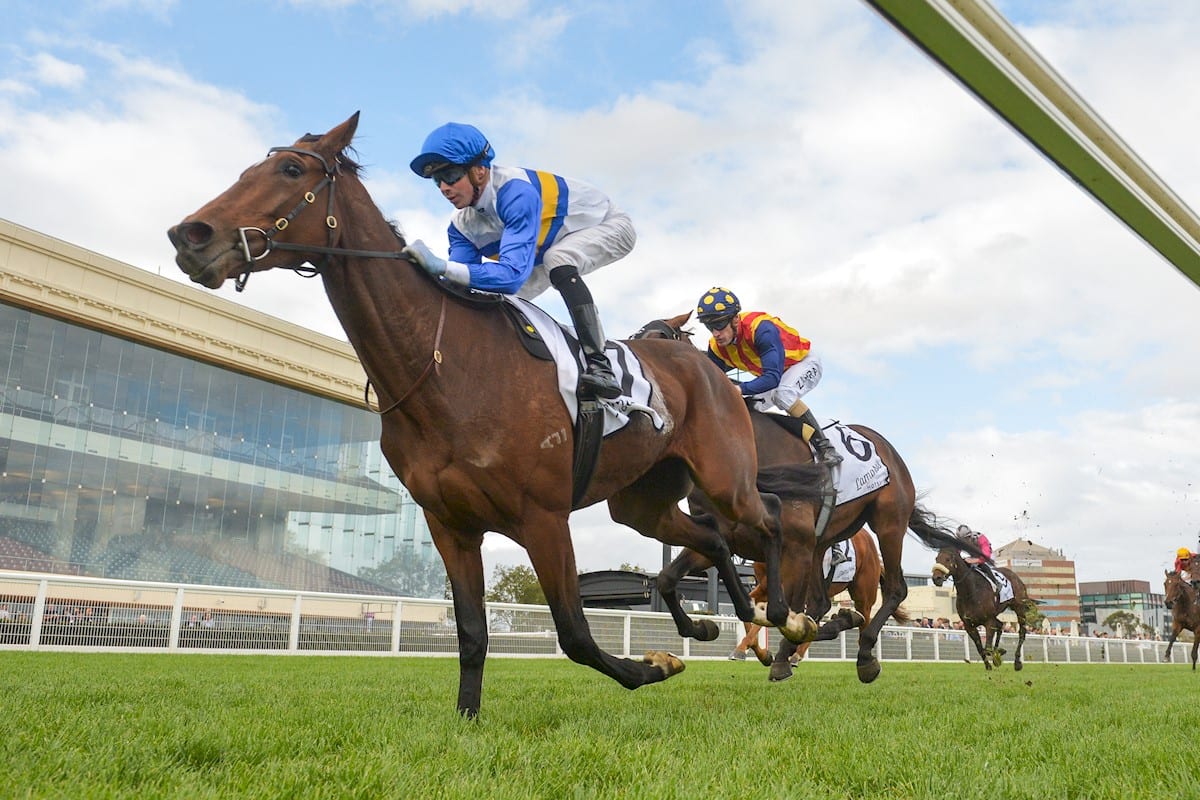 Having watched Explosive Jack win the Group 1 Australian Derby at Randwick, trainer Cindy Alderson is now contemplating a Derby after the win of Liqueuro at Caulfield.

Alderson said the Group 1 South Australian Derby (2500m) at Morphettville on May 8 was a possibility after Liqueuro took out the Listed Galilee Series Final (2400m) on Saturday.

Alderson said Liqueuro keeps on surprising after working hard to find the front on Saturday.

“I saw that he was a bit keen today and he was strong on the bridle, but to keep going like that, that’s a phenomenal effort,” Alderson said.

Despite that early work, Melbourne Cup winning jockey Jye McNeil eventually found the front on the -142.86 favourite and held off Through Irish Eyes (+400) by three-quarters-of-a-length with Reuber (+1300) 1.5 lengths off third.

Alderson said the South Australian Derby would be discussed after her original thoughts had been to target the Listed VRC St Leger (2800m) at Flemington on Anzac Day.

“I don’t know how many runs he’s got left in him because he’s quite a lightly framed horse and it’s his first preparation,” Alderson said.

“Winners keep winning and he seems to be doing that. He’s making his own luck and he’s got a great set of lungs on him, so he keeps on going.

“It is really exciting and I still think the best is yet to come.

“He reminds me very much of (Caulfield Cup winner) Sky Heights in his early three-year-old year.

“I’m not saying he’s Sky Heights but he has that frame and when Sky Heights filled out, he was a really strong stayer.”