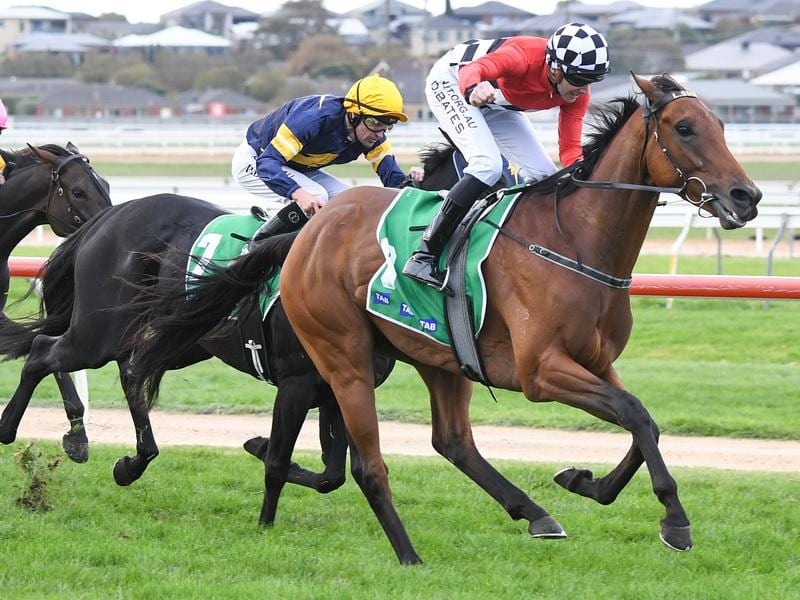 Lindsey Smith has spent his first Warrnambool carnival in isolation having recently returned from Perth.

But it has not stopped the trainer him being an influential figure at the famous meeting.

The traditional three-day carnival was cut to two this year because of coronavirus with an all-jumps program on Tuesday followed by Wednesday’s all-Flat meeting.

Smith did not have a runner on Tuesday but produced a winning treble on day two, including the feature race, the Listed Warrnambool Cup (2350m) with Too Close The Sun after earlier victories with Salorsci and Savaquin.

He also had Superhard finish second in the carnival’s feature sprint, the Listed Wangoom Handicap (1200m).

Smith is isolating at nearby Port Fairy and relied on his staff to get the team in order for Wednesday’s races.

“The staff are wonderful and they’re doing great work and we’re in touch on the phone all the time,” Smith said.

“They’re doing great work and I take the cash.

“It’s good to win like this locally and keep the money locally.”

Too Close The Sun is a half-brother to Group One winner Trap For Fools and was having his fourth start in Victoria after doing his early racing in Perth.

Smith set the gelding for Wednesday’s race after Too Close The Sun scored at The Valley in March while also taking the Terang Cup enroute.

“After his win at The Valley, I thought that he was a lot better than he was getting credit for,” Smith said.

“This is an up-and-coming horse and even stronger than he was six months ago.

“If he comes out of today well then we might head to the Andrew Ramsden.”

The Andrew Ramsden (2800m) will be run at Flemington on Saturday week and the winner gains a ballot exemption into the Melbourne Cup in November.

Bates described the win as a super performance.

“He gets the rest of them off the bridle early, he stays and is a very good horse,” Bates said.

“Hopefully he can go onwards to bigger things.”