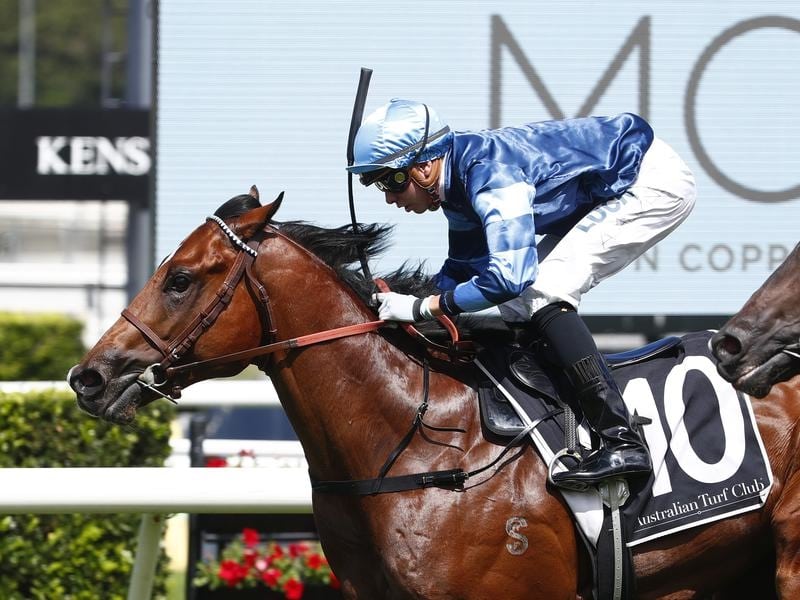 Lindsay Park will take the wraps off new stable addition Aylmerton at Caulfield where the Group-winning colt will clash with unbeaten stablemate Tony Nicconi in the McNeil Stakes.

Aylmerton made his mark as a juvenile in Sydney last season when trained by Jean Dubois, winning his first two starts including the Group Two Todman Stakes before being unplaced in the Golden Slipper.

Conceived in the northern hemisphere, Aylmerton is by Siyouni, the leading French-based sire for the past two seasons.

The colt was transferred to the Lindsay Park stable ahead of a spring campaign which begins on Saturday in the 1200m Group Three McNeil.

“He’s shown good ability and we’ve been really happy with his trials going into the race,” co-trainer Ben Hayes said.

“I think he’ll sprint well fresh and we’ll get a good guide on how he’s going after the race.”

The Group One Coolmore Stud Stakes (1200m) at Flemington is on the radar for Aylmerton.

“We’ll probably keep him to sprinting, but we’ll make that decision after Saturday,” Hayes said.

To be ridden by Mark Zahra, Aylmerton was on the third line of McNeil Stakes betting on Thursday at $7, with Tony Nicconi the $4 favourite aahead of Group One-winning filly Seabrook ($6).

Tony Nicconi backed up a four-length win at Caulfield on debut in late June with a determined victory at his second start in the Group Three Vain Stakes (1100m) at the same track last Saturday week.

“He only had one trial going into the Vain Stakes so he’s come on in leaps and bounds and his work suggests he’s improved,” Hayes said.

“He’s drawn a nice barrier (two) so he should get a good run and be hard to beat again.

“We’ve never put them together but they are both high talents.