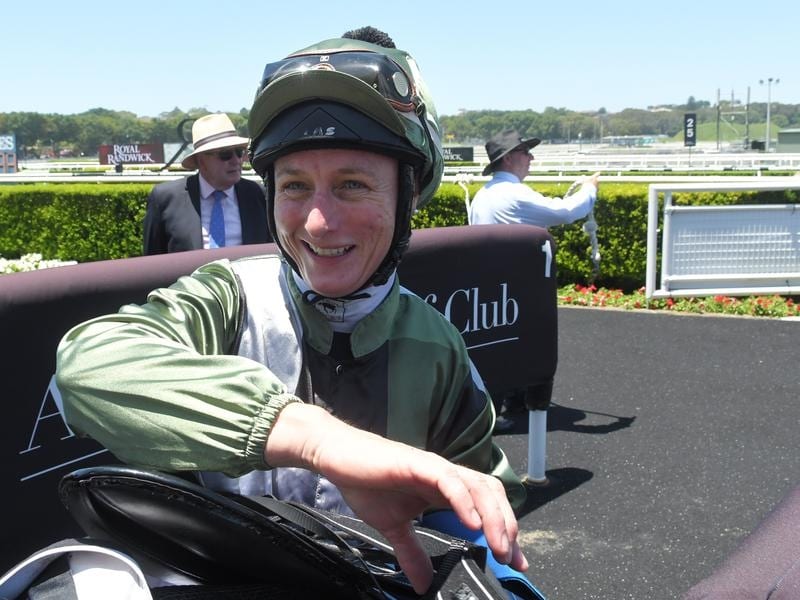 Linda Meech has created her own piece of history as the first dual licence holder to ride at Randwick and has made it count, winning the first two races on Star Fall and Smart As.

The Ciaron Maher and David Eustace-trained Star Fall had also been an acceptor for the $2 million Magic Millions Guineas (1400m) at the Gold Coast but stayed in Sydney for Saturday’s 1000m-race.

Maher and Eustace this week announced they would have a permanent presence in Sydney with a stable at Warwick Farm.

And it could mean Meech, who spent many years based in NSW, could make more visits as she rides regularly for the stable in Victoria.

“It’s my first time at Randwick for a long time,” Meech said.

“It’s good to see some familiar faces and it hasn’t changed since the last time I was here.

“Hopefully now I will be able to come back more often.

“I came up here to be a jockey today and this is a very nice horse.”

Until January 1, dual trainer/jockey licence holders could not ride in NSW.

The rule was changed after intense lobbying, mainly from Victoria, with Michelle Payne a prime mover in convincing Racing NSW there would be no integrity issues.

Star Fall was the well-established $2.20 favourite and stalked the leaders Happy Mo ($41) and Miss Invincible ($7.50) before being asked for his effort inside the 300 metres.

He stretched out to go to the line 2-1/4 lengths in front of Exceltic ($8.50) who came from last on the turn with Acquittal ($10) another long head third.

Meech followed up with another strong winner when Smart As ($15) took out the Highway Handicap (1600m) for Canberra trainer Garry Kirkup.

Travelling just off race leader Saarim ($11), Smart As drew away from her rival to win by 1-1/4 lengths.

Kirkup said the Country Championship in April was among the aims for Smart As who was formerly trained in Sydney by Tim Martin and then Joe Pride.

“She is very well-bred and is worth that and more as a broodmare.”