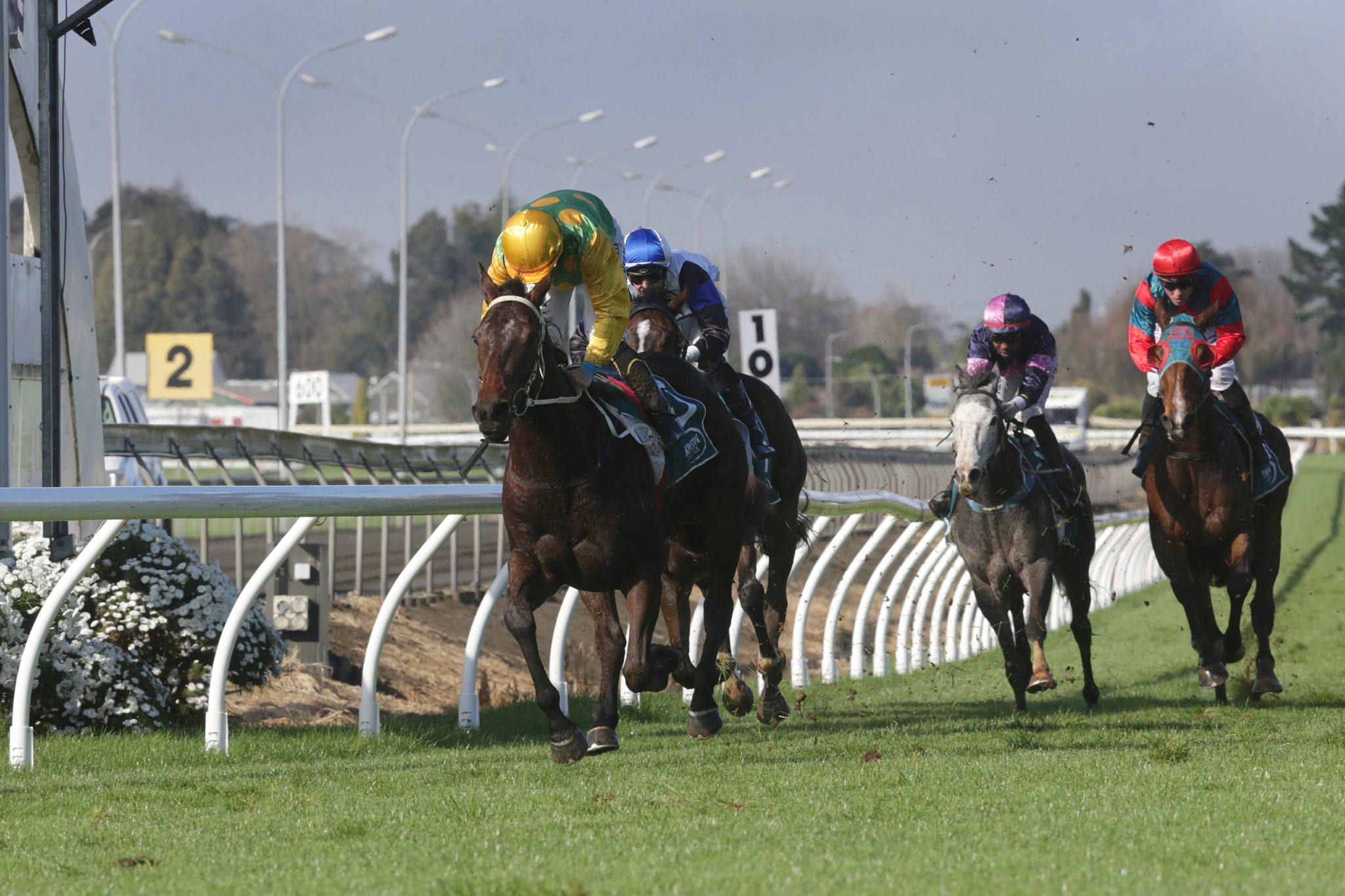 South Auckland trainer Rudy Liefting added another string to his bow when Fast Mover recorded his maiden victory over 1100m at Pukekohe Park on Saturday. The four-year-old gelding is a homebred product of Liefting’s Kakapo Lodge, being by his homebred stallion Move Faster.

Liefting has tried his hand at most occupations in the racing industry and it was a matter of circumstance that led him into the breeding game. “He was the first winner by our homebred stallion, Move Faster, so it was a good feeling to get the win on Saturday,” Liefting said. “I have done everything – I have had trotters, played polo, I can shoe, and I am a saddler. I thought it would be quite nice to breed a winner with your own stallion. So now I have done that.”

Move Faster is out of Liefting’s dual Group 1-winning mare and New Zealand Three-Year-Old Filly of her year Justa Tad. He went on to win at stakes level himself, taking out the Listed Ryder Stakes (1200m) and Listed Wanganui Guineas (1340m), and his quiet nature negated Liefting’s need to geld him.

“We didn’t intend to have a stallion, but because he was so quiet we just started giving him an educational prep and he slowly got better and better and went on to win the Guineas,” Liefting said. “We didn’t want to interrupt his preparation. “When he finished racing he still had his testicles and we had a few ordinary mares. “I have worked on stud farms but I haven’t done the stallion side of things that much, so we just got a guy in to help us and show us what to do. We served a couple of mares and he is one of the resulting foals.”

Move Faster has continued to serve a handful of mares each season over subsequent years and there are a couple in Liefting’s stable who he said are showing promising signs. “Over three or four years he has served about 20 mares,” he said. “I have got a couple of others in work by him that have got a bit of ability. Haere Up ran second at the Ellerslie trials, she is by him. It’s just a little bit of fun, not everything is about money.”

Saturday was made even better for Liefting when his two other runners, Altar Girl and Mont Ventoux, finished runner-up in their respective races. Altar Girl’s performance was particularly pleasing for Liefting who gave her racing career a lifeline after her previous owner decided not to persevere with her. He is now glad he has and he hopes she can continue to show positive signs on the track.

“She has been a bit disappointing, but she ran a big race on Saturday,” he said. “Her run was the most pleasing because it was a complete turnaround. She is finally doing it. “She put in runs just good enough not to be able to sack her. I bought and trained her for an owner of mine, Bruce Davies, and he said she is not good enough. “So I leased her off him with a couple of mates and Saturday was the first indication of something.”