Levendi Working Towards A Sydney Campaign 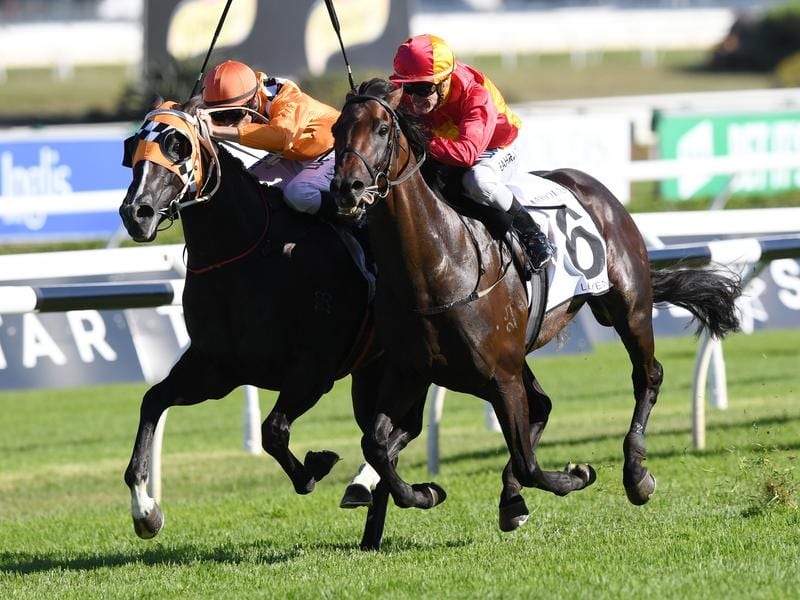 Australian Derby winner Levendi is back in work preparing for an assault on autumn racing in Sydney.

The Peter Gelagotis-trained Levendi missed the spring after undergoing surgery to remove bone chips shortly after his victory in the Derby at Randwick in April.

Gelagotis said Levendi had been in work for a couple of weeks and would be given a slow build-up to an autumn campaign.

“He’s just going through his preliminaries at the moment and we’re looking forward to getting him back in the autumn and being a real competitor.

“He’s X-rayed up sensational and you wouldn’t know he’s had surgery for knee chips.

“That’s a good sign and his soundness is impeccable.

“He’s done a couple of weeks work and his action is even better now than before.”

Gelagotis would ideally like to set the four-year-old for a shot at the Group One Queen Elizabeth Stakes during The Championships, but the champion Winx may prove a stumbling block.

He believes Levendi is up to making his mark at weight-for-age level during his four-year-old campaign.

“The Queen Elizabeth would be a nice race if Winx isn’t around,” he said.

“But if we’ve got to dodge bullets there’s the Ranvet and the Tancred, they’re still worth good money.

“They’re races to target on the side of the Queen Elizabeth and for him he loves Sydney so it would be silly not to go back there.”

The winner of the Carbine Club Stakes at Flemington during the 2017 Melbourne Cup carnival, Levendi reached his peak in Sydney during the autumn winning the Tulloch Stakes at Rosehill a week before his Derby success on April 7 when he beat Ace High.