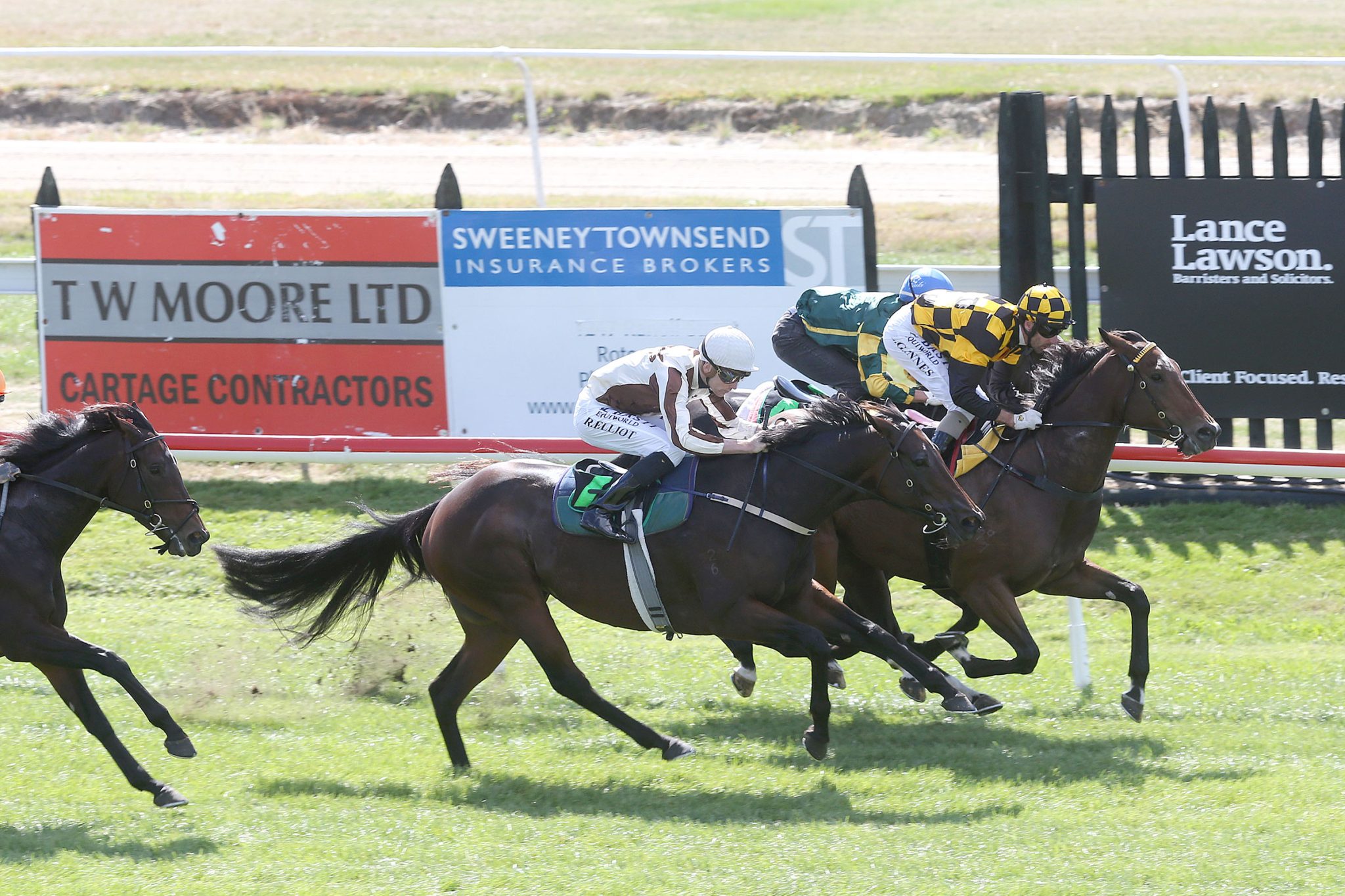 A slashing run for second in an open trial held before the first race at Rotorua on Saturday has class mare Levante primed and ready for the Group 1 Fibre Fresh New Zealand Thoroughbred Breeders’ Stakes (1600m) at Te Rapa next weekend.

After a slightly tardy beginning, the five-year-old daughter of Proisir worked her way to the outside on the home corner for rider Ryan Elliot before finishing off strongly to run winner Letzbeglam to a short head in the eight-horse field that also contained fellow Group One winners Sword Of State, Entriviere and Coventina Bay.

Co-trainer Ken Kelso, who prepares the mare in partnership with wife Bev, was pleased to see how well his charge finished off the 1050m trial as he puts the finishing touches on her preparation for Te Rapa.

“It was nice work, just what we wanted and we’re very happy with her,” Kelso said.

“She attacked the line strongly and had a good blow afterwards so it will bring her on nicely.

“Ryan was very happy when he came back in as he said she went right through the line and hit out well.

“She will have a good gallop in trackwork during the week and she should be spot on for Saturday.”

Kelso was thankful of the efforts by New Zealand Thoroughbred Racing to organise the trial and felt the decision was justified by the calibre of horse it attracted.

“I was talking with Te Repa CEO Butch Castles and NZTR’s Tim Aldridge about the issue, as I felt it would be beneficial for a number of trainers if they could find a way to get something together,” he said.

“NZTR came to the party and worked out that we could trial before the races, so we owe a big thanks to them for putting it on.

“I think the decision was a good one as you only had to see how many it attracted and the quality of the horses involved.”

Kelso will now be keeping one eye on the weather forecast for the Waikato region leading into the weekend.

“Hopefully we can get some settled weather for Saturday, where the track is not badly affected by rain,” he said.

“Our mare is pretty versatile but she does go best on a decent surface.

“I think there is some rain forecast for early in the week and then it gets better after that.

“I guess we will just be hoping it’s not like Sydney where the rain really put a dampener on their big carnival over the last week.”

Kelso was left rueing the rain that hit Awapuni on Friday as promising mare Les Crayeres missed out on securing some valuable black type for a future broodmare career when finishing fourth in the Group 3 Manawatu Breeders’ Stakes (2000m).

“The rain really tripped Les Crayeres up on Friday as she just didn’t handle that track when the pressure went on in the straight,” he said.

“She was travelling nicely but just couldn’t sprint when she needed to and finished fourth.

“That was her first go over 2000m and I think she will be at her best over that distance next season.

“She still has a little bit more maturing to do, but she is a very handy mare who deserves to compete at stakes level.

“We will see how she recovers from this one and if she comes through okay, then a race like the Travis Stakes (Group 2, 2000m) at Te Rapa later this month is an option if the tracks aren’t too bad by then.”