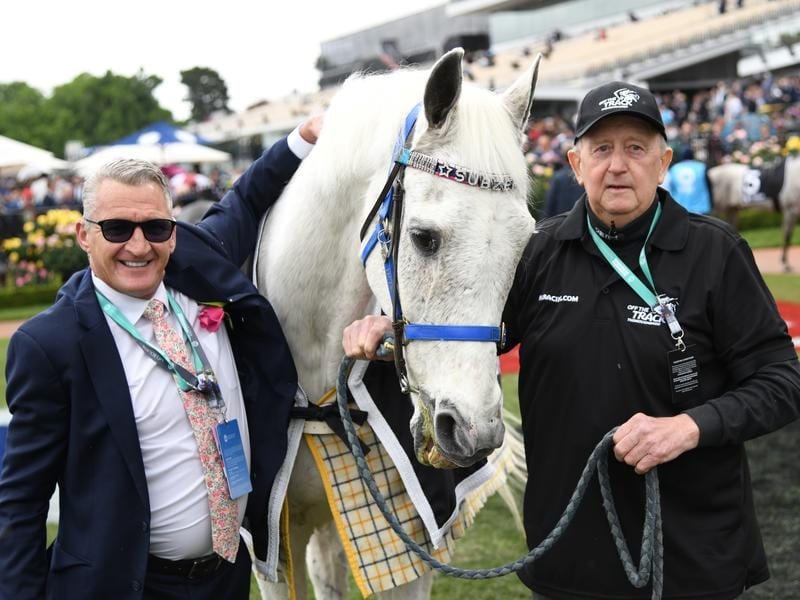 Subzero, the 1992 Melbourne Cup winner who enhanced his reputation after his racing career as both a clerk of the course and a racing ambassador, has died at the age of 32.

Subzero was synonymous with his great mate and handler Graham Salisbury who passed away two months ago from cancer.

The pair came together as Salisbury was a clerk of the course when Subzero was retired.

It was the beginning of one of racing’s most loved partnerships as the pair would visit schools and hospitals and were also regulars at racing functions.

Racing Victoria chief executive Giles Thompson said it was a sad day for the industry.

“Subbie’s contribution to the sport on and off the track was incredible and thoroughbred racing will forever be indebted to a horse that touched the hearts of both racing fans and everyday Australians,” Thompson said.

“As a Melbourne Cup winner he became a household name, but it was his work in retirement that earned him legendary status.”

Salisbury looked after Subzero at his Bendigo property.

Subzero was trained by Lee Freedman and won the 1992 Melbourne Cup run in wet conditions when he was ridden by Greg Hall.

Racenet.com reported that Bendigo Equine veterinary surgeon Sarah Jalim said the time was right to euthanise him and he was not suffering any pain.

Over the past few years, Subzero has suffered several life-threatening illnesses but each time Salisbury was able to nurse him back to health.