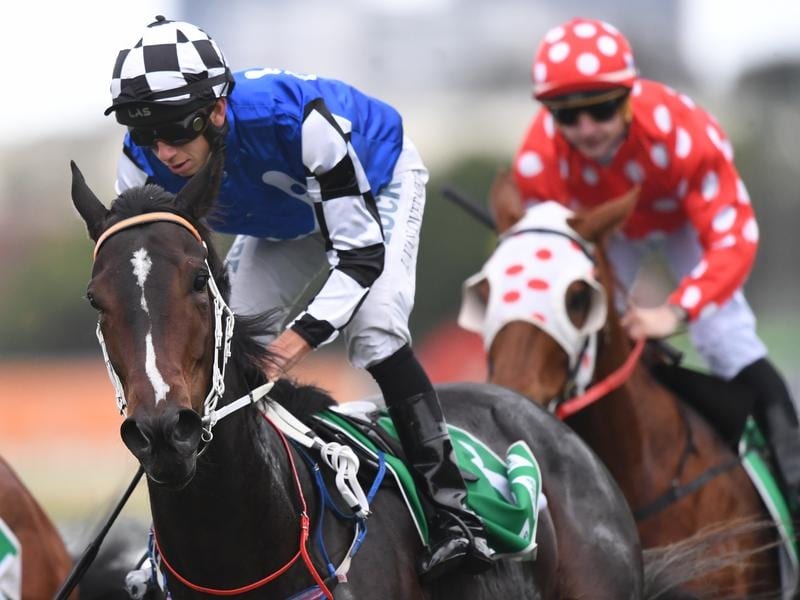 A forecast for rain in Sydney has trainer Kris Lees looking on the bright side despite his three Coolmore Classic runners drawing off the track for the Group One race.

A capacity field of 20 plus four emergencies has accepted for the fillies and mares feature with Invincible Gem faring best of the Lees trio in barrier 18.

“They’re all drawn off the track but if the rain comes, who knows? They might not be bad draws,” Lees said.

Lees will be chasing his first Coolmore Classic and it is a race close to his heart.

Lees was involved with all bar Satin Sand and remembers Shindig’s victory as the most special.

“I’ll say Shindig because we had a lot of feet issues going into the race so that was a memorable one, and she ran a race record,” Lees said.

“I had a soft spot for all of them, they were all pretty handy mares.”

Both Princess Posh and Invincible Gem come into Saturday’s race off strong performances in the Newcastle Newmarket while El Dorado Dreaming has been racing well in fillies’ grade.

It is El Dorado Dreaming’s close last-start third in the Surround Stakes that Lees believes could be the key form reference.

“She’s coming out of strong formlines alongside Fundamentalist and Nakeeta Jane and they’ve placed behind The Autumn Sun, so they’re the right formlines, I’d suggest,” Lees said.

Peter and Paul Snowden are hoping the rain comes for Moss Trip after she returned from a lengthy break with an encouraging fourth to White Moss at Rosehill last month.

She has been kept up to the mark with a barrier trial and Paul Snowden says the mare has come to hand quicker than expected.

“With the setback she had in the paddock, we probably thought we weren’t going to make it but she’s a very athletic filly,” Snowden said.

“She doesn’t take a lot of work, she’s got back up to the mark quite quickly so here we are Saturday giving it a real good dig.

“A wet track is no worries, it probably enhances her chances a wee bit.”